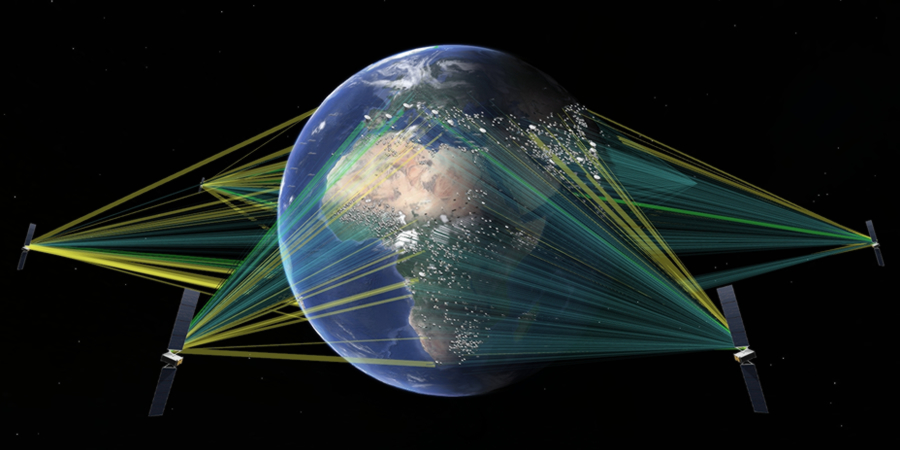 Telecom Review managed to secure an exclusive interview with Imran Malik, Vice-President of Fixed-Data Asia Pacific at SES Networks at CommunicAsia 2018. The charismatic executive highlighted SES Networks’ activities at CommunicAsia, its recent partnership agreements with Our Telekom and OTP, and the challenges facing the satellite industry, in what was a truly engaging and forthright interview.

How important is an event like CommunicAsia for SES Networks in terms of solidifying the existing relationships it has with customers in the APAC region, showcasing its new solutions and attracting new business opportunities?

CommunicAsia is the flagship event for SES Networks in Asia Pacific. The vast majority of our customers attends CommunicAsia, so that gives us the perfect opportunity to meet our partners to understand what is currently going on within their businesses and to make sure that our services are meeting their expectations. CommunicAsia also provides us with the opportunity to meet prospective new clients and enables us to generate new business revenues.

SES Networks has just recently announced that it is expanding its partnership with mobile operator Our Telekom. Can you outline to us in detail what the primary benefits of the partnership entail for the Solomon Islands?

Our Telekom is the incumbent telecommunications operator on the Solomon Islands. It has been a customer of SES Networks for over three years, and is using our MEO O3b fibre-like connectivity as its primary connectivity to the outside world. The telco operator initially started out with around 250MB and now it’s up to 1GB in less than three years.

We have enabled Our Telekom to upgrade its 3G network and more importantly launch its LTE/4G network in 2017. In addition, we’ve also helped to grow the market to such an extent that when a cable project was announced several weeks ago in Australia, the Australian government decided to award the project to Our Telekom because of the partnership it has with SES Networks.

The Solomon Islands is an archipelago with quite some islands, and Our Telekom’s ambition is to provide equal services across the country. Our Telekom is now focusing on extending the same 4G services to the outer islands which are traditionally underserved. It is also using C-band capacity to ensure there is connectivity outside Honiara.

Can you elaborate on the recent announcements regarding your new partnership with OPT and Pakistani company Wateen Telecom? Can you highlight what role SES Networks will play in addressing the connectivity needs of both?

These customers are using C-band for very different purposes.

OPT is not a new customer to us. We have got a great relationship with OPT and have worked with them on several different projects.  First, it is providing connectivity across a number of islands in French Polynesia. While its cable terminates in Tahiti, its outer islands do not have an undersea cable yet. The laying of the undersea cable project is now underway. Meanwhile SES Networks is providing OPT with satellite bandwidth with reliable C-band capacity to connect the outer islands with Tahiti.

Second, while OPT will soon have one international and one domestic cable, the former is a primary cable and the latter is a backup cable that provides connectivity within and surrounding the islands. The satellite overlay that we’re providing will cover the territorial waters of French Polynesia, and ensure always-on connectivity.

On the other end of Asia, we have Wateen Telecom who is a VSAT operator in Pakistan and is providing cellular backhaul services to the five cellular operators across the country. In addition to the VSAT services and an extensive fiber network, Wateen is using our C-band coverage to roll out cellular backhaul networks to underserved areas in Pakistan.

Has the decision last year by SES to form a new data-centric business unit SES Networks been a commercial success?

From our perspective it has been very, very successful because it brings a lot of focus for colleagues in the business units. Whether you are in Video or Networks, you are immersed in the language and the world of the customer. For example, an oil and gas customer is accustomed to a certain type of terminology and technology and they’ve got some specific requirements, whereas a telco speaks a different language, and has other unique requirements. Having to deal with a restricted group of customers mean you can truly embrace their world.

In your expert opinion, what are the major challenges that the satellite industry is currently facing?

The price per-MHz has been going down quite substantially in the last couple of years. There was optimism that the price decline would be offset by the volume increase, but as you look at the numbers of some of the operators, it’s clear that it has not materialized, and some operators are feeling the heat

In my opinion, this price decline just can’t continue forever because this basically means operators won’t be able to replace the fleet.

Price erosion aside, there are also disruptive new players and advanced technology coming in to challenge how content is delivered.

What the satellite industry need to do is to reinvent itself and for each satellite operator to create new business models. It’s about finding new markets such as applications related to the Internet of Things and 4G/LTE and future 5G developments, and finding partners that want to be part of the eco-system are building up.

What are the primary objectives and goals for SES Networks for the remainder of 2018?

We have just recently launched SES-12 for Asia. As a company, SES is showing a huge commitment to HTS and data. This year alone, we’ve launched six satellites. The first satellite to launch this year was SES-14 that served the Americas. Then we launched four O3b satellites and as I’ve already mentioned, we’ve just launched the SES-12 in May. In total, we’ve invested in billions so our focus now is to monetize this.