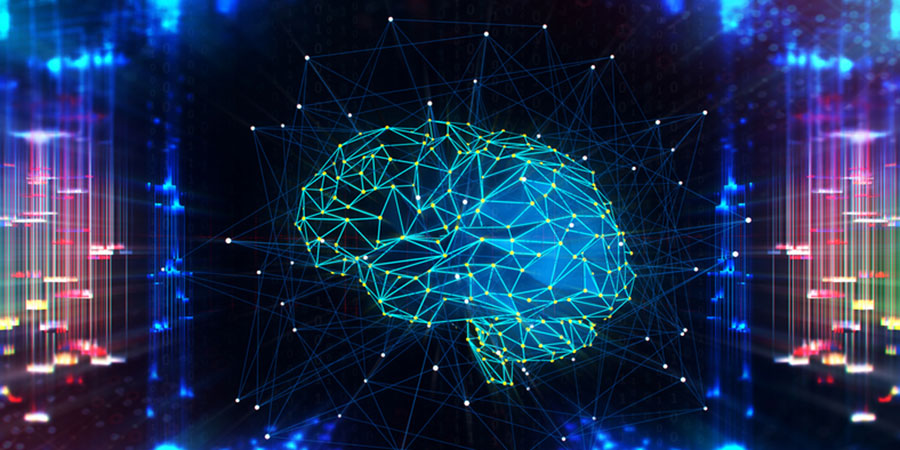 The 21st century is currently witnessing a technological renaissance unlike anything it has ever experienced before. The proliferation of new technologies like 5G network, Internet of Things (IoT), big data, blockchain and virtual and augmented reality are just some of the emerging game changers that have taken the world - Asia in particular - by storm. In terms of digital innovation and technological foresight, Asia has proven itself to be at the top of its class, yet nothing stirs the Asian imagination quite like the reality of artificial intelligence (AI).

Artificial intelligence is simply defined as “machine intelligence”, or the ability of a machine to perform “human-like” features such as speech recognition, pattern recognition, language processing, object detection, statistical learning and many other tasks.

With this in mind, proponents of AI believe that it has incredible potential to change the way we live by improving the lives of communities in developing countries all around Asia.

Despite this optimism, sceptics have called it a futuristic go-between that could possibly jeopardise the livelihoods of these groups by taking away jobs and posing a whole new list of social and ethical challenges that we have yet to acknowledge or understand. Either way, this doesn’t change the fact that Asia is poised to become one of the top regions spearheading the adoption of AI across multiple sectors in the next decade. We need only to look at China, which has been battling it out with the US over AI dominance, to anticipate the kind of futuristic vision and glory it could achieve with AI that have only so far been epitomised in science fiction movies.

In Southeast Asia, countries like Thailand, Vietnam, Indonesia, Singapore and Malaysia are employing some of the most cutting-edge AI designs to supplement various industries ranging from agriculture to even fashion design. Lingga Madu, a 32 year old software engineer from Jogja, founded the fashion e-commerce company Sale Stock based in Jakarta. His company uses AI to help predict future fashion trends and designs, subsequently using this information to plan the production of clothes accordingly.

According to Madu, the guiding principle to his company’s success is to make more by charging less. He believes that this formula not only increased sales exponentially, but the savings generated via an AI-focused screening of his designs enabled his products to be sold at a cheaper price. “We are actually an AI company; we just happen to sell clothes,” he said.

The global consulting firm, McKinsey released a report recently approximating the espousing of AI in Southeast Asian factories could make profits skyrocket to almost US$311 billion per annum. It also noted a third of the leading organisations in the region used terms such as “AI” and “machine learning” in their yearly financial reports previously.

Service industries, specifically healthcare, are embracing the introduction of AI applications to deliver high-quality care and medical attention to patients with a myriad of ailments, especially those suffering from terminal illnesses. Thailand’s Bumrungrad International Hospital became the first medical institution outside of North America to integrate IBM Watson for Oncology, an AI computing technology in the treatment of cancer.

“We attract the best doctors and we need to equip them with the best technology,” Dr. Num Tanthuwanit, Chief Executive Officer of Bumrungrad said. He also pointed out that doctors are extremely busy and constantly running from patient to patient, making it difficult for them to give their full attention to each person, which is where Watson steps in as a “personal research assistant.” It helps doctors keep abreast of information and, in some cases, proposes effective remedies that they may have overlooked.

“Medical knowledge is increasing very fast and cancer care is particularly complex. Oncologists race against time to find the best treatment for their patients. How does one take into account all the latest clinical research? Watson makes it possible. Our physicians will have a more powerful tool to help them make treatment decisions, ultimately improving our care and increasing patients’ lifespans,” Tanthuwanit said.

In addition to healthcare, home-grown technologies like AI start-ups have managed to work their way into logistic companies, financial firms and, as improbable as it seems, even agriculture. Seeing that the agricultural industry is considered the bread and butter of many ASEAN communities, both historically and presently, it is only natural that AI would be implemented to give the sector a much needed boost. For example, a crop-intelligence start-up known as Sero in Vietnam has motivated rice farmers to take pictures of sick or diseased crops and post it online. These pictures are then used to teach computers to identify problematic crops by employing AI analytics of in-field information and imagery.

Vietnam’s Deputy Prime Minister Trịnh Đình Dũng had stated that more cooperation between ASEAN nations is needed to revolutionise the current agricultural industry. “Cooperation in agriculture is one of the most important agenda of the ASEAN Economic Community to strengthen the competitiveness and marketability of agricultural products, to develop product chains and to promote the participation and benefits of farmer households,” he said.

As mentioned previously, financial firms have much to gain through the utilisation of AI, especially when it comes to enhancing their customer service experience. Like Thailand, the Hong Leong Bank in Malaysia has used IBM Watson to survey its customers’ emotions via telephone conversations. In Singapore, emerging start-ups like Cashfield use on-the-go high frequency algorithms with pattern recognition as well as biometric analysis to assist corporations in handling fraud and decreasing its risk.

While the AI market in the Asia Pacific region is expected to increase exponentially, from $6 billion back in 2017 to $136 billion by 2025, there have been growing concerns regarding the alleged unrealistic expectations and challenges of furthering the advancement of an intelligent robot race. According to a report by Tractica, not every industry will be able to reap the benefits of an artificially intelligent future. Industries that include repetitive and automated tasks like manufacturing, administration and transport will be negatively impacted in a way that could see the potential loss of jobs and livelihood for many people working in these sectors.

Considering that AI has the ability to carry out the most complex tasks in both white and blue collar environments, rising Asian economies have a higher risk of unemployment and inequality due to the fact that many of them are driven by labour-intensive industries such as construction, textiles and electronics, just to name a few. The Chief Information Officer of Thailand’s True Corporation Virya Upatising said that many employees are worried about the future of their positions due to the deployment of AI technology in the workplace. “‘Is my job going away because of AI?’ is a common question we are asked by staff in nearly every town hall meeting,” Upatising said.

For techno-optimistic countries like China, anxiety still plagues many aspects of the overall workforce. The Dean of Schwarzman College at Tsinghua University, Xue Lan said, “There have been many heated debates in China about the potential impact of AI on employment. In our report we found that, in general, the public is very supportive of AI development, but they are simultaneously concerned about AI’s impact on their jobs.”

Other than the destruction of jobs, another rather dangerous concern would be the constant threat of malicious AI and weaponisation if this technology falls into the wrong hands. An example of AI-controlled weapons is lethal autonomous weapons (LAWs) which are interconnecting networks that can voluntarily identify a target and initiate a deadly attack without human authorisation or approval. Although there is no proof of the existence of such weapons, there are several precursors in countries like South Korea and China.

According to Toby Walsh, a professor of artificial intelligence at the University of New South Wales, people will not be able to control AI in the way that they do with guns and nuclear weapons. “All sorts of algorithms could be repositioned by a person with a bad intent,” he says. He also explains that outright bans on AI will do little mitigate the threats caused by malicious AI. “You’re not going to stop AI technology, just like we didn’t stop chemistry by banning chemical weapons, and we didn’t stop biological research by banning biological weapons,” he said.

Malicious AI has also been operating within social media through misleading political propaganda and disinformation. One example would be the claim made by Indonesian police that they had discovered a clandestine news syndicate operating to overthrow the government. In addition to that, the government of Myanmar has also been accused of fanning the flames of religious intolerance and hatred towards the Rohingya by leveraging disinformation.

Alongside dangerous AI systems, race and gender-biased AI could also play a huge part in political propaganda and the kindling of distrust among different societal groups through the implementation of facial recognition technology. Not too long ago, the New York Times accused China of using facial recognition systems to identify, track and locate ethnic Uighurs in regions outside of Xinjiang. This is just one of the many examples of how AI bias can be manipulated towards a specific political and social goal, and as such there is a sense of urgency to protect people against these kinds of biases.

AI has the power to bring about tremendous benefits and opportunities in ways we could only dream of until now. While Asia is recognised as an international frontrunner in the development and innovation of AI technology, it is imperative that the region takes into consideration the plethora of challenges that come with the rapid industrialisation and commercialisation of AI. Asian governments need to work together to ensure that a trusted AI ecosystem, complemented by ethical principles, must be built in order to establish substantial control and authority over these systems.

Are you prepared to pay more for 5G? 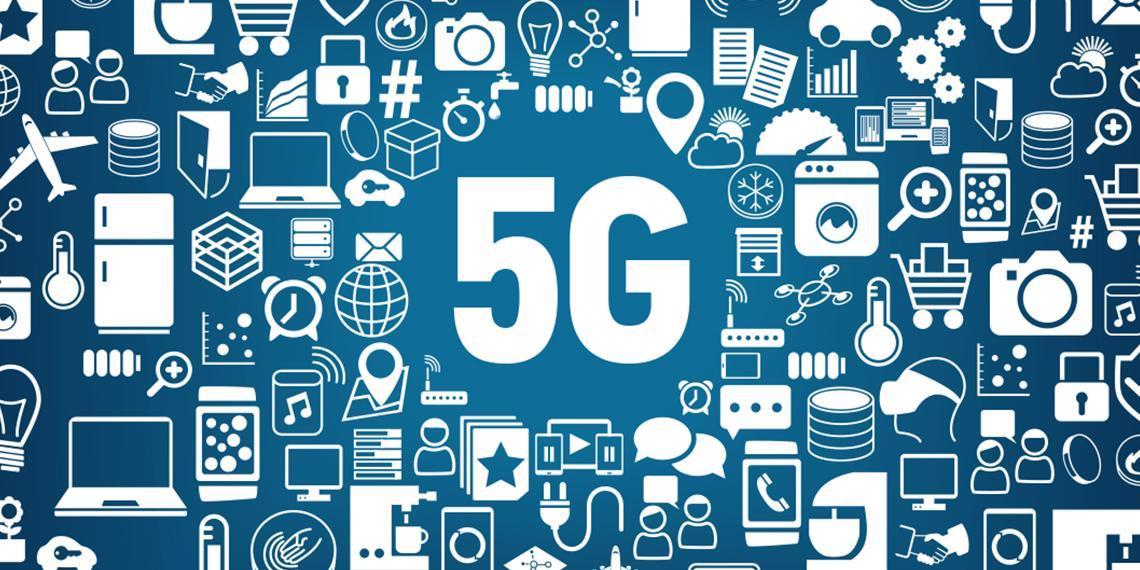 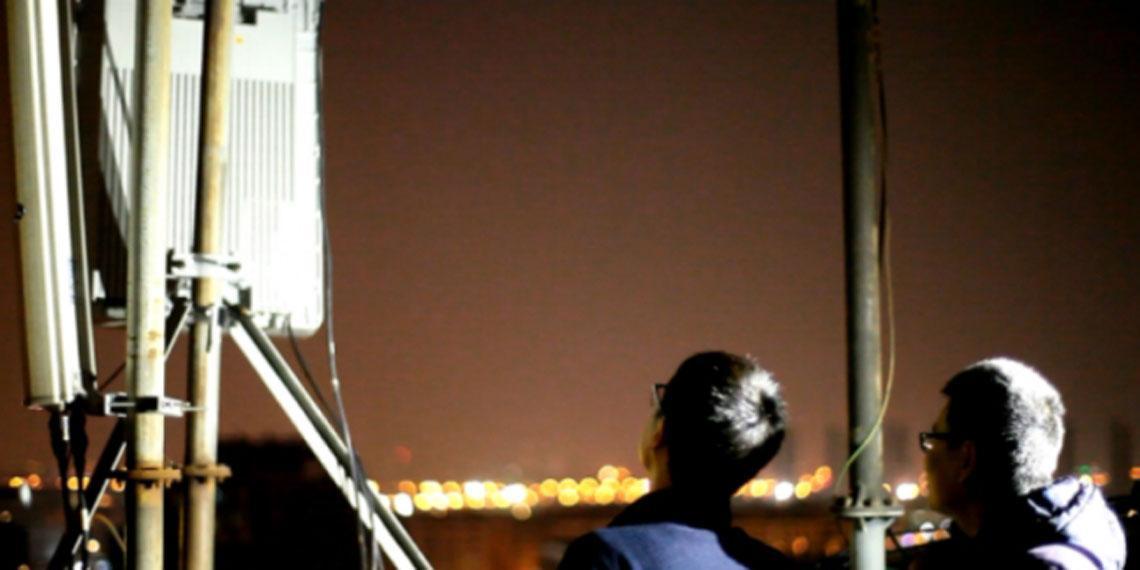 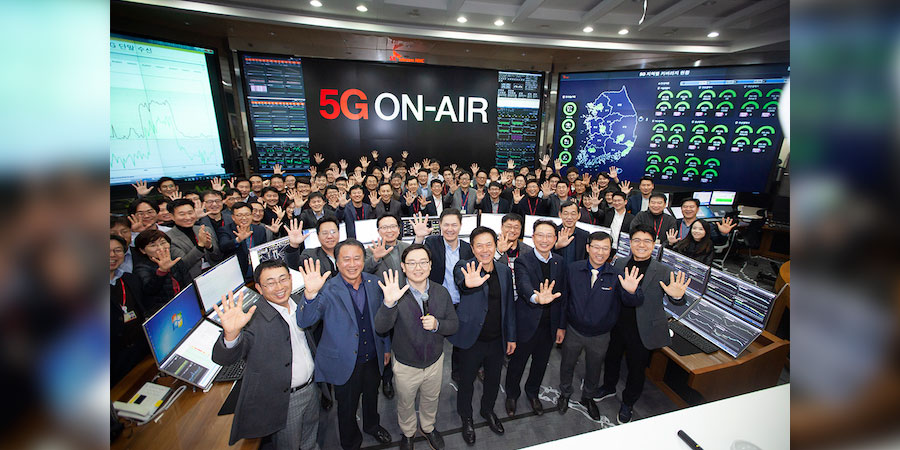