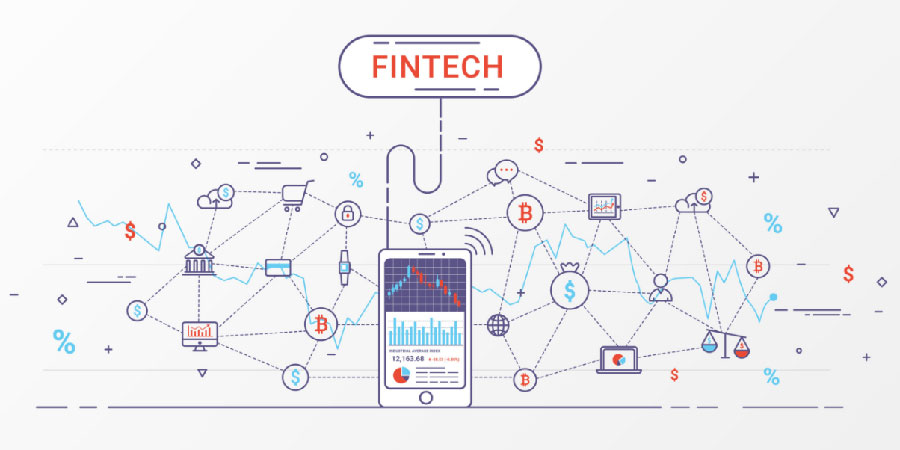 More than a decade later, FinTech has evolved into a powerful and disruptive entity, bulldozing through archaic financial methods and dragging them kicking and screaming into the 21st century. Nowhere is this global phenomenon more prevalent than in the Asia Pacific region, where the booming e-commerce industry generated over $900 billion in total revenue in 2017 alone and the numbers will only continue to go up.

Spearheading the FinTech revolution in the region is undoubtedly China, which is making waves with Alipay, the world’s largest mobile and online payment platform and the apple of tech conglomerate Alibaba Group’s eye. With over 450 million subscribers and more than 200 financial partnerships, this self-proclaimed “lifestyle app” offers users a multitude of financial services like bank account managements, prepaid top-up for mobile phones, credit card payments, P2P transfers, food orders, insurance selection and public transportation ticket purchases, among others, with just a click of a button. The wide-reaching benefits of such an app was aptly summed up by the company’s own website, “Alipay has become an open platform integrating various consumption scenarios and industries like payment, lifestyle services, civil services, social networking, wealth management, insurance and public welfare. Alipay has evolved from a digital wallet to a lifestyle enabler.”

Not too far behind is TenCent, a fierce competitor to Alibaba and one of the most lucrative Chinese technology companies in the world. In the first quarter of 2019, TenCent generated an impressive revenue of £2.5 billion ($3.1 billion) from its nascent FinTech operations and business services. According to the firm, its success was due to the overwhelming demand from users looking for more convenient and hassle-free methods to facilitate their online transactions. With China’s economy undergoing rapid development, the firm recognised the need for user-friendly financial services and digital payments that will help “develop and upgrade solutions serving consumers and merchants, while fulfilling regulatory and security needs, at a massive scale.”

While traditionally accepted as a gaming company specialising in mobile smartphone gaming, TenCent’s brand value has risen exponentially in the past decade, allowing it to gain a substantial footprint in Asia’s fledgling ecommerce environment. One of its most recognisable products is WeChat, a social media mobile app that later incorporated WeChat Pay, a digital wallet service that enables users to perform mobile transactions between contacts and is now considered one of the most sought-after payment methods in the country.

Adding to its multifaceted operations, TenCent collaborated with Hang Seng Bank in 2018 to form a FinTech partnership that will work on a set of initiatives including retail payment solutions, technology implementation and remote account-opening processes. Hang Seng’s Head of Strategy and Planning, Gilbert Lee explained that this alliance will “help both firms provide Hong Kong and mainland China customers with a growing range of efficient and convenient services that meet their evolving needs.”

It should be noted that while China is enjoying its current position as the reigning Asian FinTech maestro, its next door neighbour India isn’t doing too bad itself. In the race to build a financially inclusive world, India is at the epicentre of invention and enterprise, thanks to the increased usage of smartphones by an ever-growing middle class population and its pro-financial inclusion policies. In 2011, only 35% of the Indian adult population had accounts, but in just 6 years, that number had increased to about 80%, making it one of the most remarkable progress stories in the FinTech world.

Despite these accomplishments, India still has a long way to go in terms of actually creating accessibility to these financial services for the immensely cash-driven rural communities. According to the 2018 World Bank report, India’s unbanked population are the second largest globally, ahead of Indonesia and Pakistan. This in turn has fuelled the hunger of emerging FinTech organisations to expand, evolve and diversify to meet the needs of fast growing cities all across the region. In 2018, Bharat Financial Inclusion Ltd developed an accelerator program to bring together a group of rising but highly skilled FinTech startups that included Finlok and GramCover to help find new solutions in the areas of skilling, livelihood and financial inclusion.

For example, Finlok focuses on the digitisation of unofficial group-based financial prototypes by uniting communities on a shared digital platform, encouraging savings and allowing them to borrow from each other. “By bringing the underbanked community together to save, building a corpus fund, and enabling them to even borrow from each other in addition to borrowing from Finlok, we are encouraging discipline towards saving while negating the need for credit,” said the founders, Tanuj Sinha and Atish Poddar. They further added that this model will “tremendously benefit the blue-collared workers and people starting careers in the IT and ITeS sector, among others.”

On the other hand, GramCover aims to address the problem of its rural customers’ lack of awareness about insurance and its complex procedures. Established in December 2017 by Jatin Singh and Rishabh Garg, GramCover works closely with entrepreneurs from rural villages by supplying them with the necessary technological tools needed to create straightforward, affordable and practical insurance products.

At the moment, China and India’s FinTech ecosystems are experiencing a much higher penetration rate than other Asia Pacific countries like Singapore, Indonesia and Malaysia, but this does not mean that the level of financial disruption is any less impactful in these areas. Singapore, for example, is considered one of the major FinTech hubs in the region and has managed to triumphantly position itself as a key industry player.

As promulgated by Prime Minister Lee Hsien Loong, the Southeast Asian country is primed to become the world’s first “smart nation” by the year 2030 by utilizing technology to create multiple-sector opportunities for its citizens as well as increase administrative, economic and social efficiency. Through the establishment of a financial sector technology and innovation scheme, this venture will also designate $168 million over the next few years to motivate financial firms to form partnerships with FinTech startups.

“Singapore’s government and regulators are supporting fintech,” Jon Allaway, Accenture’s Senior managing director for financial services for the ASEAN region said. “Singapore is also engaging startups by mentoring them and working with them to figure out where the holes or potential problems are.”

Like India, Indonesia’s unbanked population has been a significant catalyst for the untethered growth of FinTech companies that will not only provide financial assistance and opportunities to the underserved, but radically change the financial landscape of the country.

The proliferation of peer-to-peer (P2P) lending platforms like Modalku has not only helped small businesses access capital, but has also attenuated a financing shortfall evaluated at more than $73 billion by providing loans to millions of people without access to bank credit. Jakarta-based business owner Siyono praised the P2P platform that assisted him in taking out a loan with an interest of 16% per annum.

“It is so flexible. I don’t need collateral and I can submit my documents anytime of the day. There’s no bank like that,” said Siyono. Other FinTechs like Cicil focus on assisting young students in financing their tuition and educational needs. “Cicil is not just another lending company. Access to education can lift up and improve living standard, however education system is costly in Indonesia. Cicil fills the gap by giving financing to students for their tuition and education tools such as laptops. It helps students progress forward and align with national movement to become Energy of Asia,” Willson Cuaca, Managing Partner of East Ventures said.

In Malaysia, demand for FinTechs has become greater in the past 5 years, owing to the country’s solid underlying market, a growing population and strong business to consumer (B2C) model that makes it an attractive entrepreneurial hotbed. The accelerated expansion of the FinTech scene in Malaysia was due in part to the government’s relentless efforts to point tech innovation towards transforming the nation into a cashless society, which is what the Central Bank or Bank Negara Malaysia (BNM) also aims to do. This can be seen as a turning point in the country’s financial ecosystem as more and more traditional banking institutions are beginning to see the potential of FinTechs and how their application within the industry can help improve accessibility, quality and efficacy for consumers.

Local banks are equally eager to join the movement towards wider FinTech involvement in their businesses. As an example, Maybank collaborated with Samsung and Alipay in 2017 to introduce Maybank Sandbox that focused on providing essential opportunities for innovators and entrepreneurs to encourage FinTech growth in the region.

“Our aim is to be the leading platform for aspiring FinTech, technologists, technology enthusiasts and even students from anywhere in the world who want to learn about developing real world solutions to ideas that not only come from banks but also brokers, insurance companies and other non-bank organisations,” said Maybank Group Chief Technology Officer, Mohd Suhail Amar Suresh.

As we have seen, developing nations in Asia Pacific are fast becoming world-renowned game changers in the burgeoning FinTech industry. These countries are not only redefining the concept of banking and finance, but also pushing the boundaries of innovation, ingenuity and excellence in order to provide practical, secure and convenient finance services and solutions for all citizens through the adoption of FinTech procedures. It is only a matter of time before further development in this sector catapults the Asian continent to new heights, firmly solidifying its position as a FinTech juggernaut.