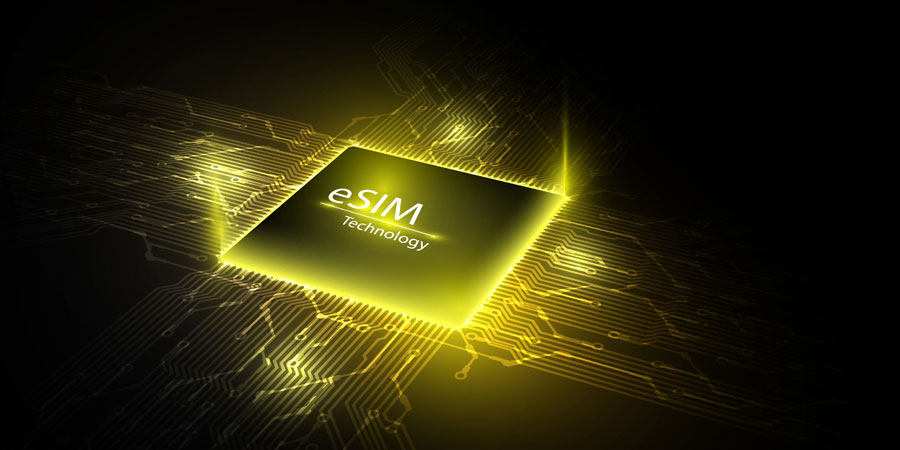 Powered by 5G, eSIM or embedded subscriber identity module is a rising technology that is threatening to replace traditional SIM cards. With 5G revolutionizing connectivity, eSIM emerges as a seamless way to harness greater connectivity between a future of billions of IoT devices. Instead of relying on physical SIM cards, eSIM is the embedded alternative that uses remote SIM provisioning (RSP) to download a user’s profile onto a device, to provide users full control of connectivity management and the ability to switch networks as desired.

Last year, eSIM adoption grew in the wake of the pandemic. In the coming years, this trend will continue to persist. According to recent findings from Juniper Research, the number of eSIMs embedded in connected devices will more than double from 1.2 billion this year to 3.4 billion in 2025. Of which, 94% of global eSIM installations in 2025 can be attributed to the consumer sector.

In the consumer market, eSIM is deployed in tablets, smartphones, laptops and wearables. Some smartphones from Apple, Google, Huawei and Samsung are already supporting eSIM, though they continue to allow for physical SIM. Last year, Motorola released the world’s first eSIM-only smartphone.

With IoT on the rise, connectivity is one of the important considerations when developing future-proof tech solutions. Across industries, automotive is one of the areas that fuel eSIM deployment. For instance, Tesla’s electric vehicles use eSIM to power in-car connectivity. Juniper Research predicts that other industries such as oil and gas, manufacturing and logistics industries will also experience in a hike in eSIM adoption to power connectivity, with eSIM installations growing from 28 million to 116 million by 2025.

For many, it is becoming clear that eSIM is the future for IoT connectivity as it offers a level of flexibility not provided by traditional SIM. Since all IoT subscriptions and connectivity can be carried out through a single embedded source, this significantly simplifies SIM management for as many devices across geographies. For enterprises or government, eSIMs can also be used for asset tracking, with each IoT device being remotely and automatically provisioned to an optimal carrier profile.

For consumers, eSIM is the seamless management of subscriptions whereby they no longer need multiple SIM cards for different connections. In this pandemic, eSIM offers the advantage of subscribing to a connectivity service without having to physically purchase a SIM.

Of course, more entrants into the mobile market is unsettling for network operators that fear disruption and stiffer competition in addition to having to build costly cellphone towers to support 5G networks. At the same time, telecom operators cannot ignore the fact that future IoT devices will be better served with eSIMs. With brands like Apple and Google, which have massive followings offering eSIM, operators are pressured to catch onto the eSIM fad to avoid being displaced.

According to GSMA, about 175 mobile operators launched eSIM for smartphones across 69 countries by the end of last year. Amongst these operators, Vodafone Group leads in eSIM roll-out.

To stay ahead, Tata Communications is going beyond connectivity to expand competency in mobility and IoT. Last October, Tata Communications partnered with Micron for a cloud-based eSIM business. In December, the company acquired a majority equity stake in a France-headquartered eSIM technology provider. The acquisition was motivated by enterprises’ heavy reliance on mobile devices to operate and access data in the cloud and an upward trend in machine-to-machine (M2M) connections worldwide.

According to Ecosystem, Asia-Pacific is poised to lead in IoT by 2023. With connectivity becoming more pervasive in our everyday lives, there is no doubt that eSIM will play a pivotal role in ushering in a new era in consumer and enterprise applications.