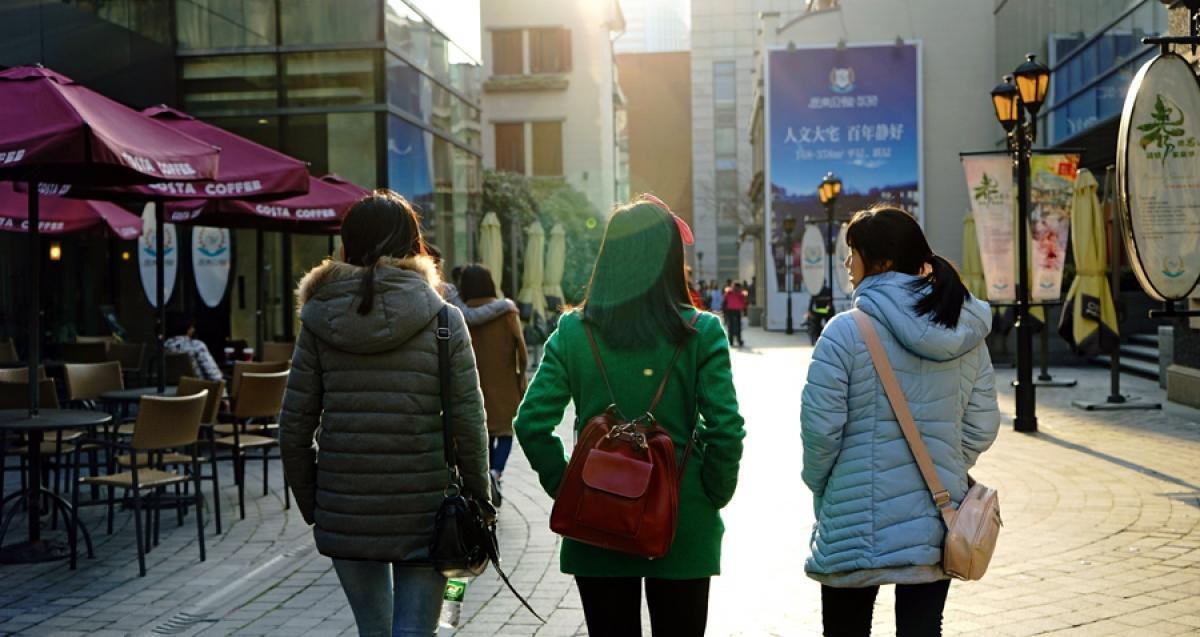 As a Communist nation, China is famous for its distrust of outsourced influence and internal uprising. Its citizens are no strangers to being evaluated by the government; a mammoth task monitoring 1.4 billion people. To maintain control of China’s vast population, the government has developed ‘China’s Social Credit System’ (SCS) to become mandatory in 2020, which will take in all of the big data tools of the information age, including electronic purchasing data, social networks and algorithmic sorting, to be used as an overall credit score for citizens.

While some see it as a government-managed credit score system, others see much more sinister implications, says author Bernard Marr in an article for Data Informed. Details of China’s Social Credit System first emerged after they were seen at the end of a draft of China’s 13th five-year plan for 2016-2020. Marr says unlike financial credit scores people are familiar with, China’s Credit Score System “goes way beyond analyzing your ability to pay off a loan.”

For now, Al Jazeera reports that the Chinese government is watching how eight companies issue their own ‘social credit’ scores under state-approved pilot projects. One of the most high-profile projects is by Sesame Credit, the financial wing of Alibaba, the world’s largest online shopping platform. Sesame Credit is using its unique database of consumer information “to compile individual ‘social credit’ scores,” says the Al Jazeera report.

Baihe, China’s largest matchmaking service reportedly teamed up with Sesame Credit to promote clients with good credit scores, giving them prominent spots on the company's website. Baihe’s 90 million subscribers are increasingly displaying their credit scores in their dating profiles to improve their chances of being considered attractive.

Chinese authorities are said to be keeping a close eye on the pilot projects to see how the credit systems play out. While the government system won’t be the same as the private systems, the government is “taking cues” from the algorithms developed under the private projects. Details in a document from China’s elite State Council explains that social credit scores will “forge a public opinion environment that trust-keeping is glorious.” It also warns that the “new system will reward those who report acts of breach of trust.”

What has frightened people about the credit system is that something as simple as citizens’ friendships can influence their score because all scores are publicly available; resulting in the ability to see which of your friends is “dragging you down.” Because of this, Marr refers to the credit system as being “Orwellian”, an adjective describing societal conditions that novelist George Orwell identified as being destructive to the welfare of a free society. Thousands of Chinese citizens have already begun bragging about their high scores on social media.

Credit scores can range from 350 to 950, according to Gilliam Collinsworth Hamilton, head of the Beijing office for NSBO, a Beijing-based China policy research house. “Users with a score of 666 and above can take out an immediate cash loan of up to Rmb50,000 [US$74,000],” says Hamilton. “In an indication of how closely intertwined the program is with the government, those with a score of more than 750 points can be fast-tracked in visa applications for destinations such as Luxembourg and Singapore.”

An interesting point raised by Hamilton is that once the system is put in place, the variables can be “easily manipulated” to produce different metrics. “Instead of combing through social media to ascertain a credit score, the same system can be recalibrated to produce a ‘patriotism’ score,” says Hamilton, “one that rates how closely an individual’s views are in line with the values of the ruling Communist Party.”

Western nations are quick to point the finger at China, blaming the government for taking away its citizens’ rights to privacy. But in the “big data age” governments around the world all have access to tons of data that is easy to create scores with based on so much more than information on whether or not you pay your monthly bills. Marr points out that in the West, many companies are already manipulating people’s online information for their benefit.

For example, insurance company’s often offer a discount on premiums if the customer is willing to wear a health tracking wristband or attach a monitoring device to a vehicle; not to mention the various smart devices that people use on a daily basis, recording online purchases, social interactions and entertainment preferences. All of this information could easily be combined and used as a “health score” to determine how much you should be paying for insurance.

“Only time will tell whether these ‘social credit’ scores will be innocuous or an invasion of Chinese citizens’ privacy,” says Marr. “With the Beijing Olympics, China already has demonstrated its mastery of technologies used to track vehicles and people through facial and fingerprint recognition technology at ports of entry. With the cooperation of the banks and social media companies, the government could easily compile the information required for the kind of ‘social credit’ scores it is envisioning. What the government does with that information remains to be seen.”

While big data shows a lot of promise for the future, with great power comes great responsibility. China’s credit scoring system is seen by many as an example of manipulating big data analytics for reasons that are not considered to be responsible. In the words of Hamilton: “One can only hope the project to be doomed and abandoned before it creates the beginning of a fundamentally dystopian society.”