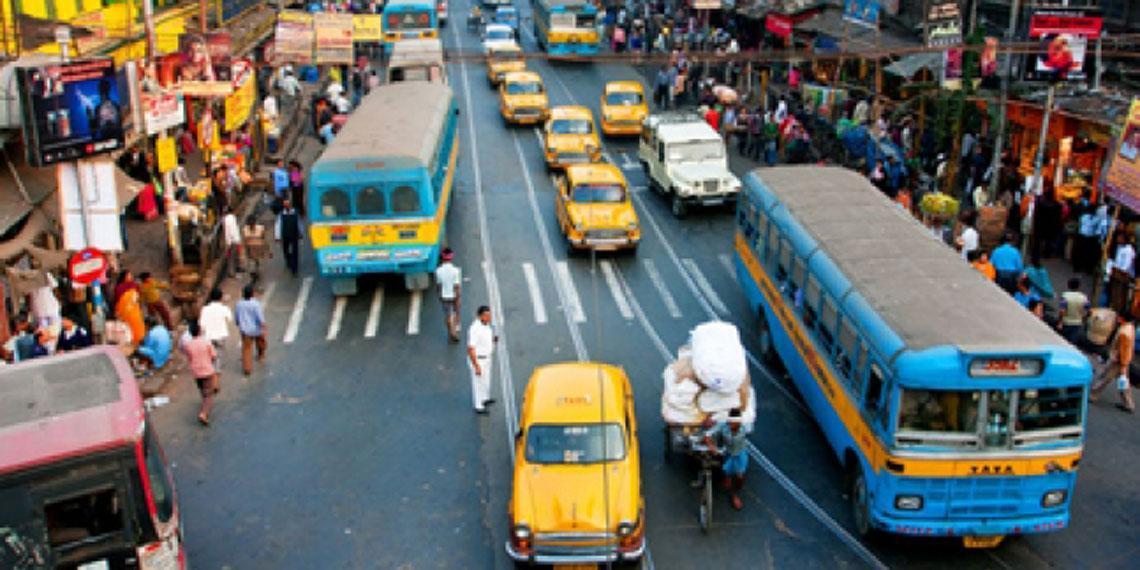 The Smart Cities mission, launched in June 2015, was a bold move by prime minister, Narendra Modi, to secure a better future for India. The mission has been allotted a budget of Rs48,000 crore ($US7.2m) for five years. The selection process has now whittled down to 20 the number of cities to be made smart in the initial round of the project.

In January 2016 the Indian Government announced the 20 smart cities chosen from a shortlist of 98 for the Smart Cities Mission, its urban renewal and retrofitting program. These 20 cities will be the first to receive funds to kick-start their development into '˜smart cities'. It is an ambitious project, driven by the vision of India's prime minister, Narendra Modi.
The Smart Cities Mission envisions the development of 100 cities spread across the vast country, upgraded to become both citizen-friendly and sustainable. The Union Ministry of Urban Development is responsible for implementing the mission in collaboration with the state governments of the respective cities. The Government of India, under the leadership of prime minister, Narendra Modi, is the driving force behind the ambitious plan. Modi hopes to develop 100 smart cities as by building satellite towns adjacent to larger cities and modernizing existing mid-sized cities.

The marks of a smart city
The term '˜smart city' has been used a lot in recent years, referring to the likes of Hong Kong, Singapore and Dubai; bustling cities with modern infrastructure and sustainability initiatives. But what really defines a '˜smart city'? The Indian government's definition of a smart city, according to Indian Express, is: 'not a destination but a series of small steps in that direction.'

Narendra Modi's government plans to upgrade existing cities to make them more efficient, livable and sustainable. Smart cities are projected to be equipped with smart solutions to improved basic infrastructure, and improve quality of life for their citizens. A smart city should have assured water and power supply, sanitation and solid waste management, efficient urban mobility and public transport, reliable IT connectivity, e-governance and citizen participation, along with assured safety for its citizens.

To truly make a city '˜smart', every aspect of the city must be as efficient and sustainable as possible. For instance, creating 'walkable localities' to reduce congestion, as well as air pollution and resource depletion, boosting the local economy, promoting interactions and ensuring security. Roads also should be engineered to be car-friendly, but suitable for pedestrians, cyclists, and necessary administrative services. Smart cities should also include the preservation of open spaces '” parks, playgrounds and recreational spaces '” to enhance quality of life for citizens and create more balanced ecological environments.

Additionally, it's important to provide a variety of transport services in a smart city and to make governance citizen-friendly and cost-effective. Online services should be embraced to bring about accountability and transparency. The use of smartphones to reduce cost of services and provide services without citizens having to visit municipal offices should also be encouraged.
Building an identity is an essential element of a smart city, making it memorable through a unique combination of economic activity, local cuisine, health services, education, culture, sports, etc.

The fight for selection
Given the large size of many Indian cities, and the challenges involved with developing close to 100 smart cities, only 20 capable cities were eventually chosen under the Smart Cities Mission through a two-stage competition, indicated in the Operation Guidelines for Smart Cities Mission released by the prime minister. In the first stage of the City Challenge Competition, each state and union territory scored all its cities based on a set of criteria and nominated the top potential smart cities for participation in stage two of the competition. The stage one list contained 100 candidate cities.

From the list of 100 cities, in January, the final 20 cities were chosen, including five state capitals. These will be the first cities to receive funding for smart city implementation. Then over the next two years a further 40 or so cities will be added. The project proposes to invest Rs50,802 crore ($US7.5m) on the selected cities '“ an investment that, it is hoped, will open up the country to more investment and opportunity.

'For the first time in the country and perhaps the world, investments in urban development are being made based on competition-based selection of cities,' M Venkaiah Naidu, an urban development minister, told reporters when the selection was announced in January 'The results of the competition revealed the unrecognized strength of the federal structure in our country,' added Naidu. (India is the largest democracy in the world by population)

Reports indicate that cities in the first list made it to the top of the competition based on implementation framework '” including feasibility and cost-effectiveness '” which carried a weighting of 30 percent, followed by result orientation (20 percent), citizen participation (10 percent), vision and goals (5 percent), evidence-based city profiling and key performance indicators (5 percent) and process followed (4 percent).

Mr Naidu said the real victory of the smart cities competition was the strengthening of the bottom-up approach: 'The bottom-up approach, which is the key planning principle under the Smart City Mission, enabled leveraging of strengths and opportunities of each city for comprehensive improvement of the built environment, local economy and quality of life.'

Bhubaneswar, which emerged on top in the city challenge, proposes to raise Rs525 crore from convergence of schemes and Rs2,563 crore ($US385,000) from public-private partnerships (PPP). The top ten cities have proposed resources of Rs8,521 crore ($US1.3m) from PPP and another Rs4,539 crore ($US684,000) from the convergence of different schemes.

'In its proposal, Bhubaneswar has chosen 985 acres close to the railway station and proposed a complete retrofitting of the area. As a cross-section of a city, it reflects a strong example that can be replicated in other cities,' said Jagan Shah, director, National Institute of Urban Affairs, which is helping the government with the guidelines of the smart cities mission.

The competition has not been without surprises. The Economic Times said Coimbatore, a city in the south Indian state of Tamil Nadu, could get the honour of being a smart city, based on the proposals submitted by the civic body and in the national-level competition, where much bigger cities have vied for the coveted status.

Surprisingly, Coimbatore scored more marks than Chennai, according to K Vijay Karthikeyan, City Corporation Commissioner. He said that the city was selected because of its positive indicators in education, healthcare and industrial development.

Pork-barrelling?
According to reports, 10 out of the 20 selected smart cities are located in states that will hold assembly elections over the next two-and-a-half years. States that will go to the polls include: Kerala, Assam, Tamil Nadu, Punjab, Gujarat and Karnataka. The 10 cities are located across the six states where the Bharatiya Janata Party-led National Democratic Alliance (NDA) is in power or trying to make waves. The party is focussing its efforts on Assam, Tamil Naidu and Kerala, and is keen on coming back to power in Karnataka. Reports have also expressed surprise over the fact that no city in poll-bound West Bengal has made it onto the smart city list.

To keep the competition fair, the Indian government has given the top performing states from the remaining 23 states and Union Territories (UTs) another chance to work on their proposals. According to Naidu, it will be an opportunity to upgrade their smart city proposals in a 'fast-track round of competition.' That round of competition was held on April 1 this year to select 40 cities.

'At a time when the government is pushing for urban renewal in India, the smart cities project aims to provide world-class infrastructure in Indian cities,' said Sanjay Dutt, managing director, India of Cushman & Wakefield, a property consultancy firm. 'The top 20 shortlisted cities comprise a mix of cities from all regions of India with high economic and industrial potential. Developing the project in the shortlisted cities would ensure quality infrastructure, technology-enabled services, and sustainable public transport. Moreover, affordable housing, which is already a priority for the government, would receive a further boost through the project.'

Dutt added: 'Incentivizing infrastructure development would lead to higher private participation in the formation of smart cities. Under such a scenario, the private sector, especially the infrastructure and real estate sector, could witness ample opportunities through investing in specific cities.'

The Smart Cities mission, initially launched as a concept in June 2015, was a bold move by Prime Minister Narendra Modi, to secure a better future for India. The mission has been allotted a budget of Rs48,000 crore ($US7.2m) for five years.