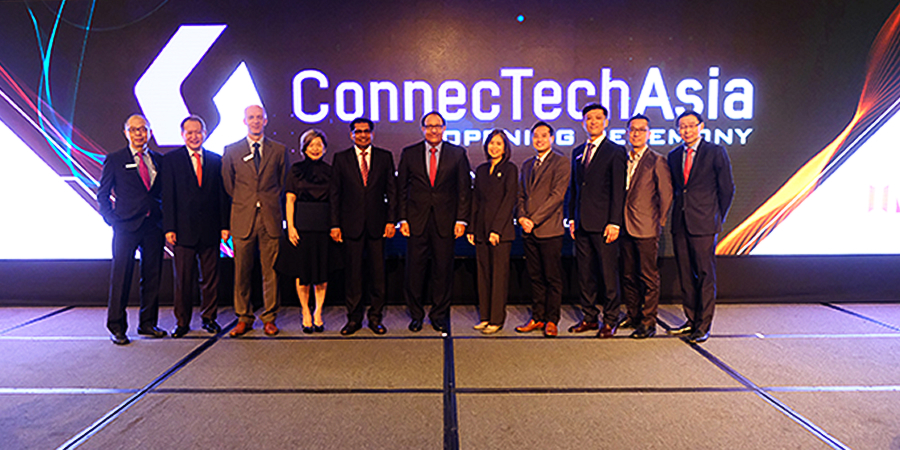 ConnecTechAsia, the new ICT event comprising CommunicAsia, Broadcast Asia and the inaugural NXT Asia officially commenced this morning at the Marina Bay Sands in Singapore. The three-day industry leading ICT event is unique in that it represents the only business platform in Asia which covers the whole ecosystem of info-communications, broadcasting and emerging technologies.

The welcome address at the opening ceremony was delivered by Vice President of UBM, Mr. M Gandhi, who declared that the accelerating pace of technology in recent years was heralding a new era.

Gandhi said, “With the rise of the digital enterprise, we are now in an age of convergence where the lines between industries, particularly that of telecoms, media and technology have become increasingly blurred.

The VP of UBM highlighted that whilst new technologies were causing major disruption across all major industries, its emergence is also presenting an array of exciting new opportunities.

Gandhi added, “Emerging technologies such as AI, Internet of Things, VR and Robotics are bringing about a combination of disruption and opportunity – a trend that now cuts across industries like never before. The ability to innovate and mitigate digital disruption is critical to success in a fast evolving settling like Asia, and is a core premise driving the evolution of our shows.”

The keynote address at the official opening ceremony was given by Mr. S Iswaran, Minister of Communications and Information (MCI). The Minister illustrated how Singapore is a global benchmark in terms of its efforts to become a fully-fledged digital economy and Smart Nation – and outlined how the region was growing exponentially.

The Minister for Communications and Information said, “This is truly an exciting time to be in Asia, especially Southeast Asia which remains one of the fastest-growing regions in the world. Over the last decade, we have achieved an average annual growth rate of over 6%, higher than the global average of 4%. This trajectory is expected to continue, with an annual growth forecast of around 5% - with ASEAN predicted to be the fourth largest economy in the world.”

In addition to this, the Singaporean Minister stressed that whilst disruptive technologies has completely transformed major industries, it has also led to vast new possibilities from both an economic and enterprise perspective.

He added, “The advent of disruptive technologies has revolutionized the global economy, altered industries and business models, and changed the nature of jobs. However, it has also created many new possibilities for our people, for our business and for our economies. The challenge for us now is to navigate this new digital terrain successfully for mutual benefit.”