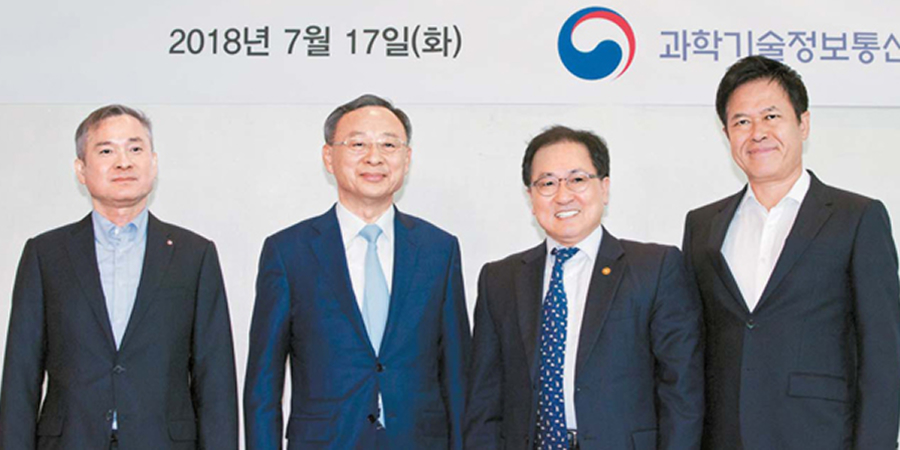 South Korea’s three major mobile operators have all formally agreed to work together and launch their 5G networks together at the same time next year, in an effort to avoid the inevitable excessive competition a deployment of this scale and magnitude would traditionally conjure up.

In addition to this, it has been claimed that by combining its effort it will ensure that South Korea will become the first country in the world to launch next-generation technology. South Korea is currently battling it out with the United States and China in the race for 5G.

SK Telecom, KT and LG Uplus all universally agreed to jointly introduce 5G services on “Korea 5G Day”, which is expected to be in March 2019, according to local media sources in South Korea.

The South Korean Minister of Science and ICT Yoo Young-min noted the operators will also cooperate with small and mid-sized companies in the country to develop relevant 5G use cases for businesses. He said, “It is important for mobile carriers to avoid heated competition for the title of world’s first 5G service provider.”

It was just a little over a month ago that the government raised KRW3.61 trillion ($3.3 billion) in one of the world’s first 5G auctions, with the country’s three mobile operators acquiring 280MHz of 3.5GHz spectrum and 2,400MHz of airwaves in the 28GHz band.

In January Yoo asked the country’s three major wireless operators to collaborate on 5G technology to meet a previously agreed timeline for commercial operations in 2019.