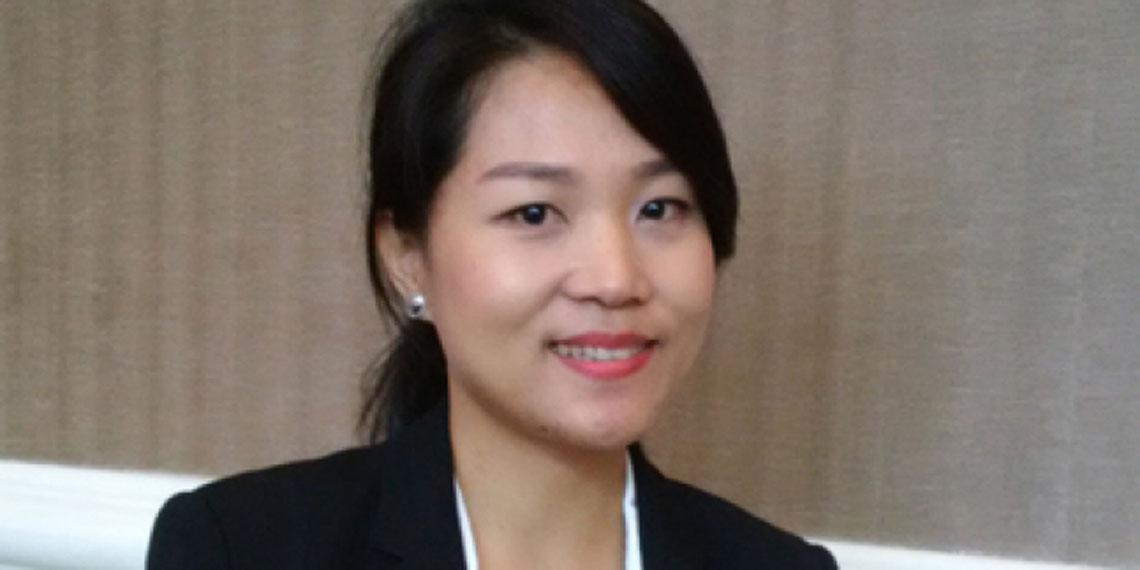 Since the inception of its '˜Women in Telecom' section, Telecom Review continues to rally behind women in leading roles throughout the ICT sector who are making a difference by balancing the scales of an industry dominated by men. This time we caught up with Chen Zhiping, Director of Wireless Solutions at ZTE Corporation, who has managed to rise up through the ranks of a male-dominate company.

Chen Zhiping (Summer Chen) is an excellent role model for women who aspire to work in the ICT sector. She is able to balance her young family with a top management position at one of the world's leading global telecom corporations. Chen is the Director of Wireless solutions in the wireless planning department at ZTE, the multinational telecommunications equipment and systems company headquartered in Shenzhen, Guangdong, China. The telecom industry in China is vast with around 1.3 billion cellphone subscribers as of October 2015. There is so much potential in the industry, and yet the one thing that is missing from China's ICT sector is women.

A perfect example of this was highlighted in late 2015, when Xi Jinping, President of China, met with top US and Chinese technology officials in Seattle, Washington. During the event, the executives gathered to take what has now become an infamous photo because of the absence of women in a group of 26 men. China's tech industry is apparently just as male-dominated as Silicon Valley's. Only one Chinese woman and one American woman feature in the image. With China's economy slowing down, the tech sector could lose ground, therefore women risk missing out on high-paying jobs to men because China is still yet to address this issue of inequality.

Despite the imbalance, Chen Zhiping has managed to emerge at the top of one of China's leading telecom corporations in an industry dominated by males. When it came to choosing an industry to study at university, Chen did not hold back from her passion. She chose to study electromagnetic systems, a very technical subject.

When Chen spoke to Telecom Review in an exclusive interview, she said she has always been confident that she has the knowledge and ability to deal with technical issues in her industry, however, her field of work is undeniably dominated by men. 'Most of my classroom at university consisted of men,' she says.

Technology industries are commonly known to be male dominated. According to a report by the International Telecommunication Union (ITU), participation of women in information technology design and development is 'generally low'. Women often seem to be placed in the unskilled or low-end of employment, not receiving the training that skilled jobs require.

The report says: 'An examination of the extent to which women are represented in decision-making in information technology reflects the progress of women in this field and the possibility that women in positions of power would serve as role models for others, facilitate the entry of other women, and alleviate some of the negative impacts of new technologies of women.'

With more individuals like Chen stepping up and leading by example, the male dominance of the ICT sector could start to wane. After graduating from university, Chen joined ZTE Corporation, a company that provides integrated end-to-end innovations to consumers, carriers, businesses and public sector customers around the world.

'I joined the wireless R&D (Research & Development) center for CDMA system development, which is a wireless system communication R&D division,' says Chen, reflecting on her early days at ZTE. As her career progresses, Chen is aiming towards working as a hardware engineer, which will be a big step up, but she is certainly up for the challenge.

'At the beginning, I was an RF (Radio Frequency) engineer, designing transceivers,' Chen explained. 'After three years I was promoted to a managing position, and then after five years I was again promoted as a director of the entire RF department.'

Although Chen was pleased to be promoted to such an esteemed position within one of China's leading telecommunications corporations, at the time, she felt it was a 'strange' environment working at ZTE because there were 'very few women in the industry,' she says, particularly for the RF design department. Like her classroom at university, the majority of Chen's colleagues at ZTE are men.

But rather than let the imbalance hold her back, Chen remained vigilant, and says she did not face any major challenges working in a male dominated environment.  In fact, she says she found it interesting working with a team of 'gentlemen' because they helped her grow and encouraged her to be her best. 'All of the employees are very experienced '“ not just fresh graduates,' said Chen. 'They offered me valuable experience. I was just a young girl at the time, so my experience improved working with such an experienced team.'

However, as a woman with a young child, Chen, in her leading position at ZTE, has to manage her demanding job as well as keep her family together '“ a tough issue facing many women in management positions today. 'It is difficult to be a career woman,' says Chen. 'It's hard to balance business and family.' With the support of her husband, Chen is able to balance her busy work and social life. 'He understands what I am working towards,' said Chen.

While the ICT industry remains highly male dominated, more and more women around the world are stepping up to the challenge of taking on management positions. In the United States for example, approximately five percent of America's Fortune 500 companies are led by women. Though this might seem small, it proves that women are able to take the reins and lead major corporations '“ something that was unheard of a few decades ago. With more women in power in the ICT sector, it will then pave the way for more women to step up and take on management positions in ICT, just like Chen Zhiping.

The future looks bright for Chen, who says she is 'not a traditional girl compared to other girls in China.' This sends a positive message to young girls in China and around the world, that it is okay to follow your passion, even if it isn't a traditional female industry. Chen hopes to continue to further progress in her career in RF. For any girl entering the communications industry, 'it is challenging,' says Chen Zhiping, however, she has proven that with determination and a keen interest in a chosen field, anything is possible.