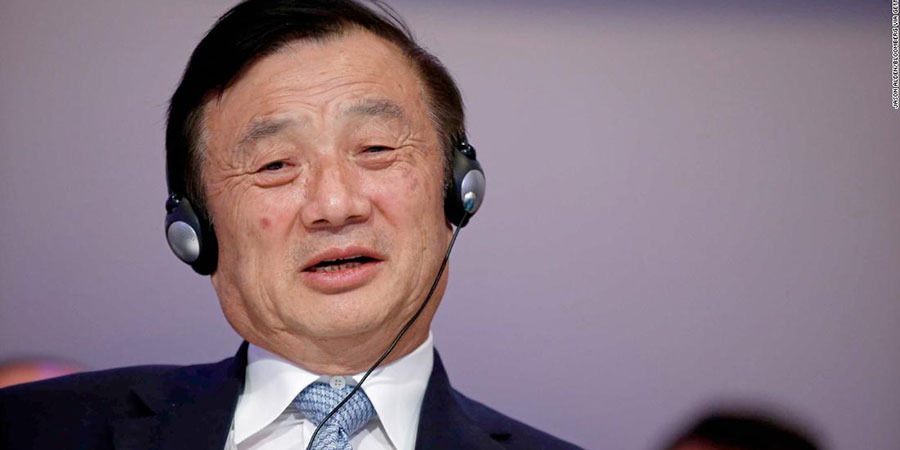 Huawei founder Ren Zhengfei was in defiant mood during an exclusive interview with the BBC in which he declared that the world cannot do without Huawei and its cutting-edge technology and innovations.

Huawei has been subjected to intense scrutiny and scathing criticism as the US continues its efforts to blacklist the Chinese vendor from participating in the rollout of 5G networks on a global scale.

The Huawei CEO claims Huawei has become the victim of a politically motivated campaign by the US as part of its ongoing trade war with China. He blasted the US for attempting to blacklist the company but vowed that the US will not stop Huawei and insisted that the world needs its ‘advanced technology’.

Zhengfei told the BBC, “There's no way the US can crush us. The world cannot leave us because we are more advanced."

He also denounced the arrest of his daughter and Huawei CFO Meng Wanzhou in Canada in December, but said he was confident that the courts will find exonerate her after she was accused of violating trade sanctions with Iran.

There is now a growing resistance towards the US campaign against Huawei with many operators in Europe voicing their concerns that a blanket ban on the Chinese vendor would not only be costly, but would also significantly delay the deployment of 5G networks on the continent.

In addition to this, the UK government has said it can mitigate the risk from using Huawei equipment in the buildout of its 5G networks, which suggests they will not ban Huawei like Australia and New Zealand. However, New Zealand look set to backtrack on that decision following the resistance in Europe.

Zhengfei fired a parting shot at the US during his BBC interview by saying the US doesn’t represent the world.

He said, “If the lights go out in the West, the East will still shine. America doesn't represent the world. Even if they persuade some more countries not to use us temporarily, we can always downsize and become smaller."