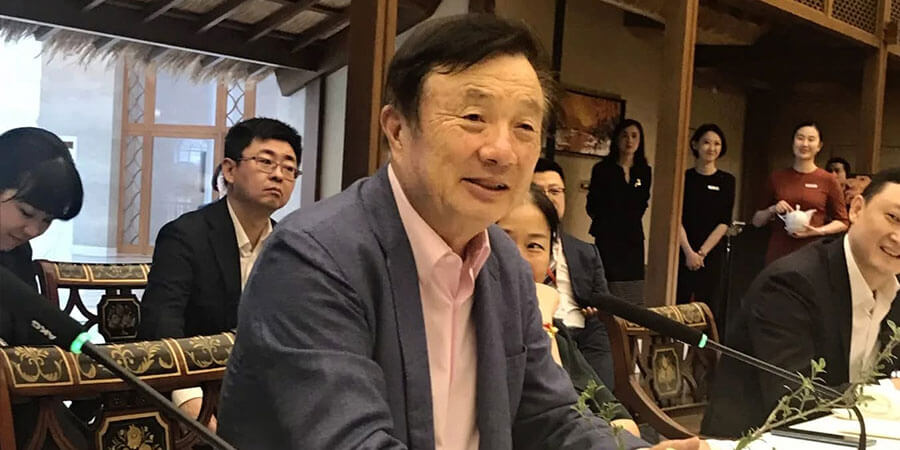 Chinese tech giant Huawei is ready to deal with Washington’s crackdown and will reduce its reliance on US components, its founder told Japanese media.

President Trump effectively barred Huawei from the US market on Wednesday and added it to a list which would restrict US sales to the firm amid an escalating trade war with Beijing.

Amid an intense trade war between China and the US, Huawei was barred from the US market on Wednesday, meaning that US sales with the company would be prohibited.

Huawei’s Chief Executive Officer and founder, Ren Zhengfei, has said that Huawei has prepared for a situation like this and that the US’s move to restrict them from their market will not hinder the company’s growth.

“Huawei’s growth may slow, but only slightly,” said Ren to a group of Japanese reporters on Monday at Huawei’s headquarters in Shenzhen, China. This statement by the CEO was his first public media statement since President Donald Trump and the Department of Commerce in the US placed the restrictions on Wednesday.

The US’s Commerce Secretary, Wilbur Ross, stated that Huawei and those associated with it pose a risk to national security in the US and that the restrictions were not related to the trade negotiations between the US and China.

“We have already been preparing for this,” said Ren in reference to the ban.

Huawei has been excelling in the field of 5G technology and equipment compared to many other firms but it remains dependent on foreign suppliers.

Approximately $67 billion is spent on components on an annual basis, $11 billion of which comes from US suppliers.

The US has been relentless in its pursuit to bar Huawei’s 5G equipment from its Western allies which has led to their being barred in Australia and New Zealand.

“We have not done anything which violates the law,” said Ren.

“We will not change our management at the request of the US or accept monitoring, as ZTE has done,” he said.

Last year, ZTE was forced to stop some of its business for around 3 months due to the US imposing sanctions. It later paid a fine of $1.4 billion to lift the sanctions.

He added, “Even if the US asks us to manufacture over there, we will not go.”