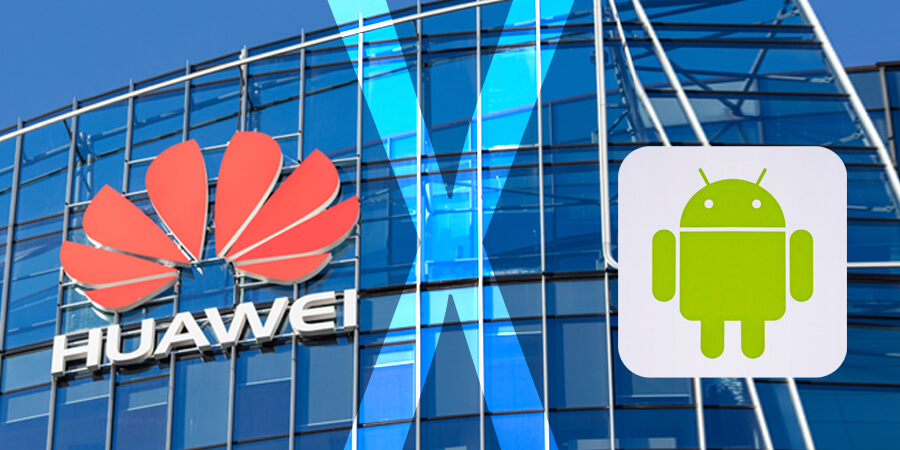 Chinese telecommunications behemoth Huawei has been dealt another devastating blow from Google just days after the US effectively banned it from its market.

Google’s Android operating system powers the majority of the world’s smartphones, but the US technology leader has formally announced that it is cutting ties with Huawei following the assessment by Washington that the Chinese company was a severe threat to national security.

The move is likely to have dramatic implications for Huawei smartphone users as the telecoms giant will now no longer be able to access Google’s proprietary services, which includes Google Maps and Gmail.

In addition to this, it has also been reported that a number of prominent US chipmakers that provide Huawei will vital hardware for their smartphones have already ceased trading with the company.

The United States and China are embroiled in a bitter and bruising trade war - and President Trump has taken aim at Huawei who is seen as the global leader in 5G. He declared a national emergency which barred US companies from working with foreign companies that the US claims threatens their domestic security.

In the executive order that was issued, China, nor Huawei or ZTE were named, but it was obvious they were the companies that were going to be hit hardest by the decision. Huawei, which is the world's second-biggest smartphone maker, has been listed by the US Commerce Department among firms that American companies can only trade with if authorities grant permission.

“We are complying with the order and reviewing the implications," a Google spokesperson said,

"We assure you while we are complying with all US gov't requirements, services like Google Play & security from Google Play Protect will keep functioning on your existing Huawei device," Google's official @Android account tweeted.

Due to the ban, Google will have to halt business activities with Huawei that involve direct transfer of hardware, software and technical services that are not publicly available. That effectively means Huawei will only be able to use the open source version of Android.

It will need to manually access any updates or software patches from Android Open Source Project, and also distribute the updates to users itself.

In a statement, Huawei said it would "continue to provide security updates and after-sales services" to all existing smartphones and tablets globally, including those not yet sold.

A person close to the ongoing situation and who requested anonymity told Bloomberg that Huawei will be unable to offer Google's proprietary apps and services in the future.

China's foreign ministry said it was actively following the situation. "At the same time, the Chinese side supports Chinese enterprises in taking up legal weapons and defending their legitimate rights," said spokesman Lu Kang.