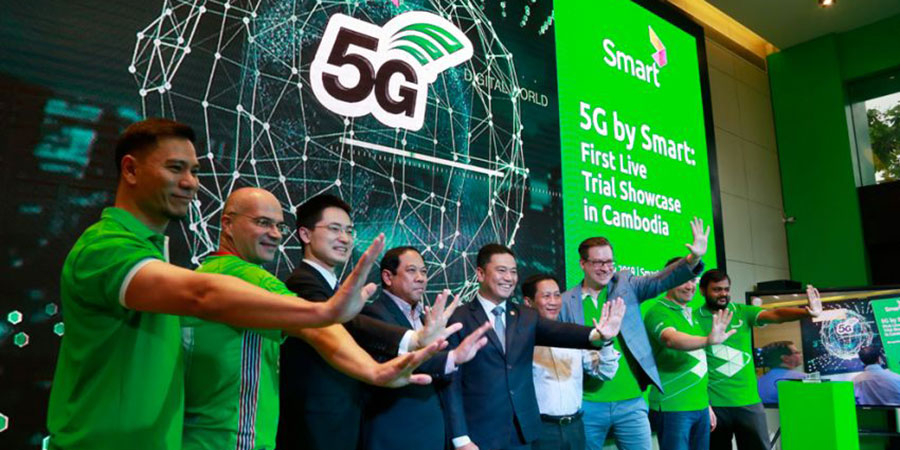 Cambodian telecommunications service provider Smart Axiata has collaborated with China’s Huawei Technologies on Monday to begin 5G trials that could potentially see the mobile network being deployed by this year.

“It will not be a nationwide coverage from day one, it will be hot spot first, it will be an urban areas first and then we will gradually expand,” Smart Axiata’s chief executive Thomas Hundt said.

Hundt also stated that the 5G rollout would cost millions in US dollars that would be invested over the next few years and would only be launched commercially once the government approves it.

He said, "Our mission is to enrich the lives of millions of Cambodians through world-class networks and exceptional digital experiences, which is why we invest 70 to 80 million U.S. dollars yearly, primarily in network infrastructure, to improve mobile broadband connectivity across the kingdom."

Back in April, Smart Axiata, which is owned by Malaysia’s Axiata Group Berhad, signed a memorandum of understanding with Huawei to assist them in advancing their 5G movement smart.

Chief Technology Officer of Huawei Wireless Network, Aaron Wang was thrilled to help Smart continue to develop their 5G telecoms systems stating that "Cambodia was the leading country that deployed 4G early in Southeast Asia, and in 5G era, I wish Cambodia would be the leading country again."