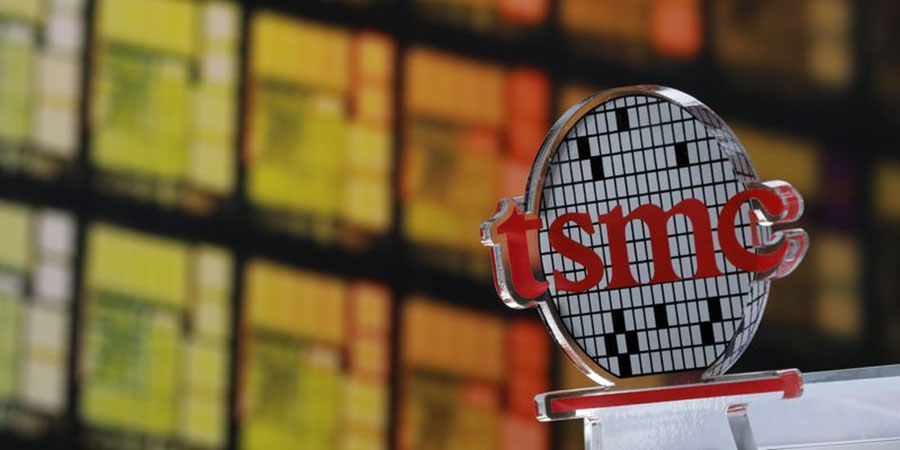 Taiwanese chip giant TSMC briefly became the world's tenth largest company thanks to a two-day surge in its stock price that has propelled the island's exchange to a record high.

Taiwan Semiconductor Manufacturing Company, the world's largest contract microchip maker, produces the processors that provide the computing muscle for everything from iPhones, laptops and games consoles to servers and critical internet infrastructure.

The company's worth reached some $410 billion on Tuesday morning to surpass US firms Johnson & Johnson and Visa to rank 10th in the world.

TSMC also hit the 10% limit Monday, adding $35 billion to its value and propelling the Taiex to an all-time high for the first time in three decades.

The Taiex is dominated by TSMC, which accounts for a whopping one third of the exchange.

So far this year the Taiex is currently up 5%, but without TSMC it would be down around 2%.

Despite the US-China trade war and the coronavirus pandemic investors have flocked to TSMC. Even before Monday's rally the company's share price was up 17% this year.

Analysts say the latest surge was spurred by reports of US chip titan Intel having to place new orders with rivals, including TSMC, after saying its own next-generation 7-nanometre production was behind schedule.

Asian chip giants like TSMC and Samsung are likely to benefit as a result of any delays Intel might suffer.

Most of TMSC's factories are located in Taiwan where they specialise in making some of the world's smallest and fastest chips.

The company announced in May that it would spend $12 billion on a state-of-the-art semiconductor foundry in Arizona, its second manufacturing site in the United States.