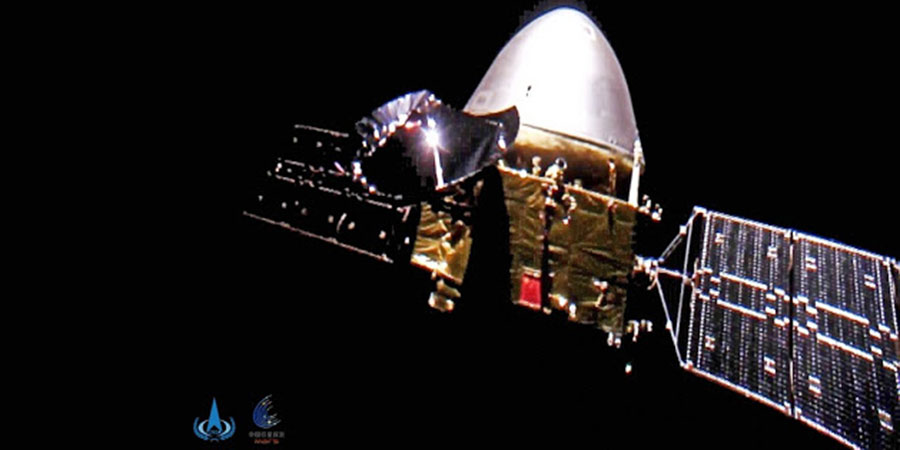 If all goes as planned, the rover would separate from the spacecraft in a few months and attempt to touch down and if that happens, China would become the second nation to do so successfully after the US.

Next week, US's Perseverance rover will endeavour to enter the Martian surface. So far, the US is the only country to have successfully touched down on Mars. It has done so eight times beginning with two Viking missions. A lander and rover are in operation today.

All three Mars missions were launched in July 2020 to take advantage of the planet’s close alignment with Earth that occurs only every two years.

Tianwen-1 is China’s second attempt to send a spacecraft to Mars.