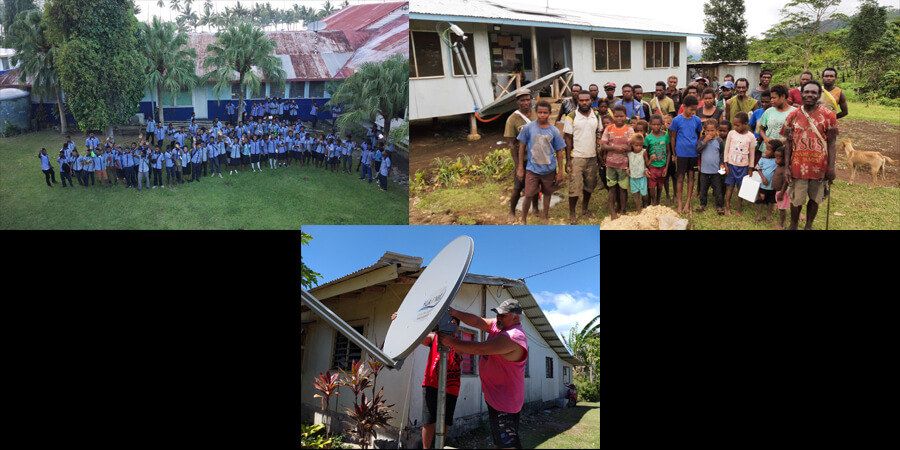 Mx-DMA MRC is a patented multi-access waveform that incorporates the scalability of MF-TDMA with the efficiency of single channel per carrier (SCPC) into a single return technology for unprecedented service agility. It enables service providers to cover a myriad of use cases in a single return link without making tradeoffs between speed, efficiency and scale lowering their total cost of ownership.

Kacific operates over 8,000 terminals, including the new cost-effective MDM2010 modems in Mx-DMA MRC mode, spread across 56 beams. The technology will allow access to an abundance of use cases across multiple markets, including underserved communities, businesses, and public institutions as well as 3G and 4G cellular backhaul services across the Asia-Pacific region. This allows Kacific to use a single return technology for the majority of its customers’ use cases, and quickly expand to more customers in underserved areas due to better efficiency, scale and operational simplicity.

Mx-DMA MRC enables Kacific to scale its services while simplifying operations by optimizing the network bandwidth in real-time, utilizing self-organizing frequency plans that largely simplify network planning and eliminate the need for upfront traffic characterization or pre-configurations. As Mx-DMA MRC scales in MHz, it is independent of the number of terminals used in the network. Kacific can now offer the highest level of intelligent, real-time bandwidth allocation at SCPC efficiencies while maximizing the utilization of available bandwidth resources and delivering the best Quality of Experience (QoE). The new protocol fuels Kacific’s capabilities, driving connectivity in regions and making it the largest regional Ka-band broadband network.

“We first introduced Mx-DMA back in 2014 as a response to the MF-TDMA versus SCPC dilemma that many of our customers face. Mx-DMA MRC builds on that legacy and takes it to another level,” said Bart Van Poucke, Vice President of Products at ST Engineering iDirect. “We are proud that Kacific has become one of the early adopters of this technology. This will enable them to unlock tremendous flexibility and scale, open up opportunities and allow them to deliver a broader range of service levels at a lower cost structure without compromise. We are constantly committed to bringing innovation like this to the market, delivering industry-leading technology that protects our customers’ investments well into the future.”

“The efficiency of the MRC technology allows Kacific to deliver affordable price points and return speeds on small consumer-type VSAT terminals at a magnitude better than any other system,” said Cyril Annarella, Chief Operating Officer at Kacific Broadband Satellites Group. “Whether in suburban, rural, or fringe and remote areas, we help businesses, governments and communities fully participate in the digital world.”