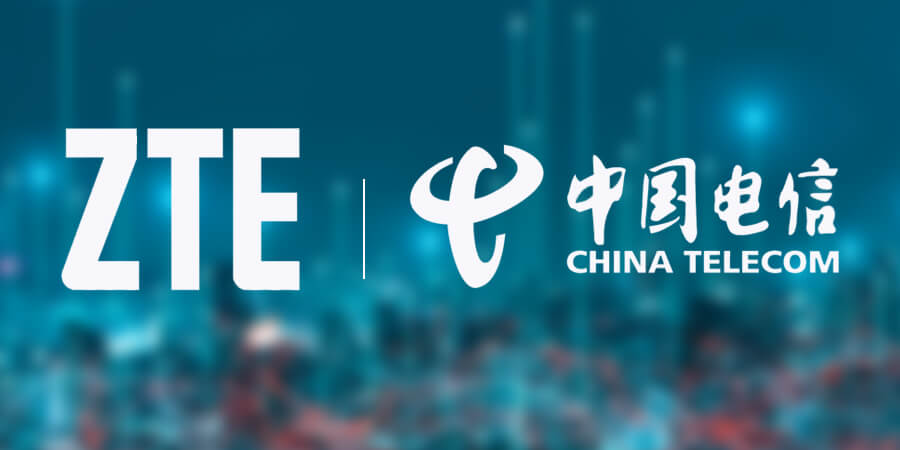 ZTE has been selected by China Telecom in the operator's core router centralized procurement 2021, with the core router ZXR10 T8000 gaining a market share of 30% in the CR-A1 (single device) section, and winning the CR-A2 (cluster) section with the highest score in overall ranking.

China Telecom, with the aim of building new information infrastructure based on cloud-network synergy, adheres to the ideology of "network as basis, cloud as the core, and cloud-network integration". China Telecom is carrying out the overall network architecture optimization of the MAN and the 163 backbone network, to improve the network capability and capacity, increase the network utilization, and build efficient new cloud networks.

ZTE provides ZXR10 T8000-18 core router, a large-capacity, high-performance platform, which is safe, reliable and easy to maintain and expand to transport integrated services and support the full-service operation of China Telecom.

As a high-end flagship router of ZTE, the ZXR10 T8000 core router has been operating stably for ten years, and has been deployed in 26 provinces, including autonomous regions and municipalities, in China. In China Telecom's first batch of core router and switch centralized procurement in 2019, ZTE obtained the largest shares in both the single device and cluster sections.

In the operator's core router centralized procurement in 2020, ZTE won the second largest shares in sections CR-A1 and CR-A2 to build the international egress nodes of the 163 and CN2 backbone networks. In November 2020, ZTE deployed the equipment in the Shanghai Information Park, Node I of ChinaNet, serving as the international ingress/egress communication hub of ChinaNet. In May 2021, the ZXR10 T8000 obtained a share of 30%, ranking ZTE second-place in the P equipment section in China Telecom's CN2-DCI network expansion centralized procurement 2020.