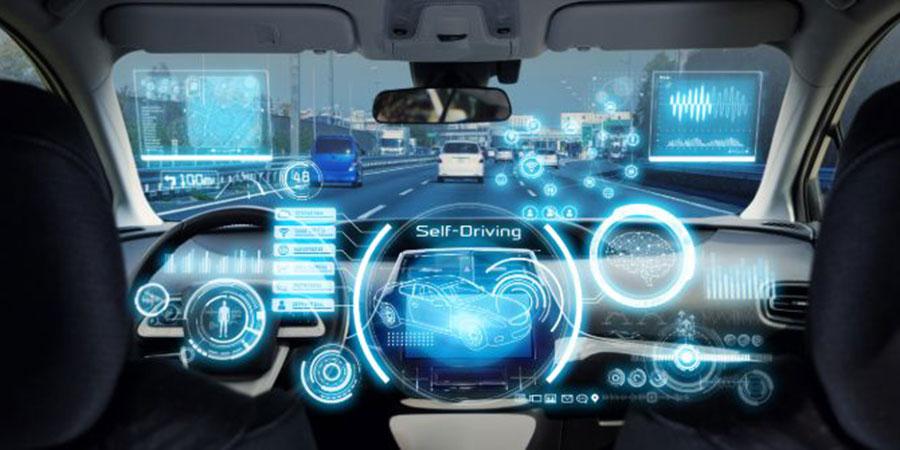 The road sweeper and a golf buggy move around the track with ease, jamming their brakes on when a pedestrian steps out and negotiating sharp turns.

Welcome to Singapore's self-drive test centre, complete with traffic lights and mock skyscrapers, which is at the heart of the city's push to become a hub for autonomous technology.

However, while authorities are keen to tap a global drive by auto giants and startups to develop vehicles, the industry must still prove it is safe and persuade people to use the technology.

The two-hectare (4.9-acre) site has a track with sharp turns, traffic lights, a slope, and a bus stop to simulate real driving conditions. Shipping containers are also stacked up to emulate how high rises could potentially block satellite signals to self-driving machines.

The CETRAN centre, run by Nanyang Technological University (NTU), even has a rain-making machine that can simulate the frequent tropical downpours in the Southeast Asian city-state of 5.7 million people.

"Before you are ready to go to the public roads, we test them here to see if they are actually ready," said Niels De Boer, programme director at the centre.

All companies must put their autos through the centre's testing and certification programmes before they are allowed to hit public roads.

The sweeper is being trialled as part of a government plan that could eventually see them deployed in the city, according to local media, while cars and buses are also being tested, and trials of delivery robots will soon take place.

Orderly Singapore is seeking to lure autonomous tech companies looking to trial their vehicles in Asia, where many other major cities are chaotic and traffic-clogged.

The government has led the drive, as it seeks to attract more foreign firms and because it sees the technology as useful for public transport and delivery services.

The first trials of an autonomous car on public roads took place in 2015. In 2016, US software firm nuTonomy launched driverless taxi trials in public in Singapore, becoming the first company in the world to do so.

Authorities aim to deploy autonomous public transport in three areas by 2022, and in October announced it was expanding the area where self-driving vehicles can be tested to 1,000 km (620 miles) of public roads.

Self-driving vehicles will mainly be used in the public transport network for tasks such as shuttling people to stations and stops from their homes or workplaces, said Subodh Mhaisalkar, an NTU professor involved in the autonomous vehicle programme.

De Boer from the CETRAN centre said authorities were working on ensuring the correct regulations, such as traffic laws, are in place for self-driving vehicles.

Countries where private companies are taking the lead risk having "wonderful technology" but not being able to launch it in the market because of the absence of rules, he added.

There are still many roadblocks ahead, however. Safety remains a major concern for the industry worldwide -- in 2018, a self-driving Uber car was involved in a crash that killed a woman in Arizona.

All trials in Singapore still require a safety driver and most vehicles are not yet ready to cope with the regular tropical downpours.

And the tiny country remains behind other markets, such as the US, where self-driving ride services are in various stages of deployment.

"It would be very difficult to lead in the whole industry simply because the nation is small," said Guoli Chen, associate professor of strategy at French business school INSEAD.

The key challenge may be persuading members of the public to hop aboard self-driving vehicles, and experts say the technology will have to be introduced in stages.