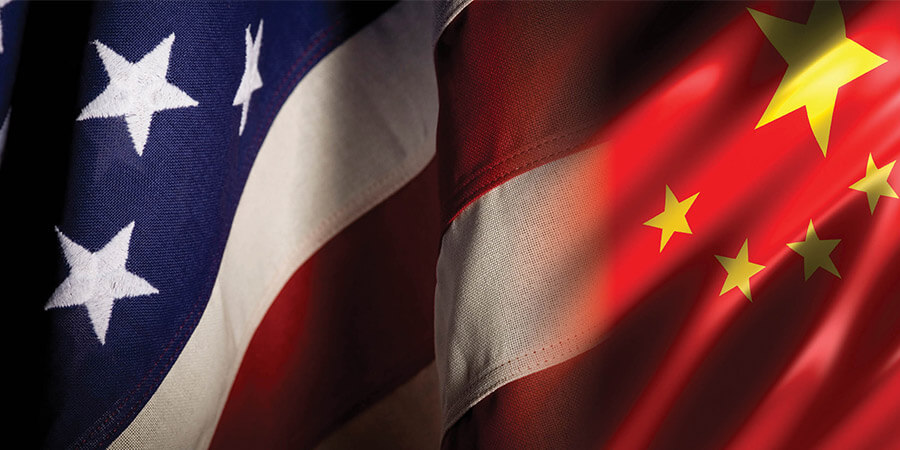 Global economic superpowers China and the US remain engaged in tense trade negotiations - although the threat of an all-out trade war between Washington and Beijing now appears to have been avoided. Relations appear to have now improved somewhat following a series of recent discussions and talks between representatives from both the United States and China and there now appears to be real hope that the issues at hand will be resolved in an amicable and fair manner.

However, that now begs the question, what changed and which one of these economic heavyweights landed the knockout blow in these trade talks that, for a number of weeks, seemed deadlocked.

A number of financial analysts and experts had warned that if there is a breakdown in trade relations between the two nations, the US could likely come off worst. Some have suggested that China, which is home to the world's largest automotive market, would use its ‘trump card' if it was forced to do so by increasing tariffs on US imports which could potentially cripple many US car manufacturers.

What caused the friction between the US and China?
The Trump administration has launched an offensive attack against Chinese telecommunications vendors Huawei and ZTE, and has labelled both as ‘huge risks' to national security. Officials from the US intelligence community including the FBI, CIA and NSA have all publicly accused Huawei and ZTE of allowing the Chinese government to use their devices to spy on the Americans.

Both Huawei and ZTE vehemently rejected the charges made against them by the US and CEO of Huawei, Richard Yu, expressed his repulsion at the allegations, stating that the company worked tirelessly over the last 25 years to win the approval and trust of carriers and governments from all around the world.

A number of leading Republican congressman have tabled legislation which has called for a ban on all of the telecoms equipment supplied by Huawei or ZTE to be prohibited from being used in US government departments, again citing fears of espionage from the Chinese government.

Huawei is the world's second largest phone manufacturer and is desperate to break into the US market. However, it's unable to get any US carriers to sell its phones. It had agreed a deal with AT&T, but the US telecommunications incumbent pulled out at the eleventh hour following regulatory pressure.

However, the decision by the US Commerce Department to impose a ban on US tech firms selling components and software to ZTE for a period of seven-years really escalated tensions between Beijing and Washington.

The US Commerce Department claimed that ZTE hadn't made sufficient changes to its management or board following the fine it received in 2016 for violating trade sanctions with Iran and North Korea. The draconian measures implemented forced ZTE to suspend all of its major operating activities with the company's CEO saying its very future was now at risk. President Trump said he'd work closely with President Xi to find a resolution for ZTE and a way back into business, but quickly went back on his word following congressional criticism - with the President declaring that ‘no deal had been done'.

What's next?
Reports are emerging suggesting that a resolution has been found over the ZTE crisis and that the decision by the US to amend the crippling sanctions it initially imposed, appears to have defused tensions between the two countries.

The US President has now publicly claimed that as a favor to the Chinese administration his administration is now mulling over the prospect of replacing the sanctions with a fresh set of penalties on the beleaguered Chinese telecommunications vendor which will ultimately keep ZTE in business.

Trump told reporters assembled at The White House that ZTE would more than likely receive a new fine, but stressed that no deal has yet been finalized between the two global economic superpowers.

Trump said, "ZTE could face a new fine of as much as $1.3 billion, in addition to the $1.2 billion it received in 2016 - and will be subject to a management shakeup and strict new rules. As a favor to the president, I am absolutely taking a look at it."

However, the reports that emerged claiming that a compromise had been met in relation to ZTE sparked outrage and condemnation on Capitol Hill, where a number of leading Republican and Democrat senators joined forces to denounce the proposed deal and vowed to fight it.

Republican Senator Marco Rubio blasted Trump in a series of tweets has said the US President had ‘surrendered' to China and said the new punishment is the same that was imposed in the past and was subsequently deemed ‘ineffective'.

Rubio tweeted, "We're now offering the same deal of a fine and employee discipline? This administration has surrendered to China. We know that making changes to their board and another fine won't stop them from spying and stealing from us."

Senate Minority Leader, and prominent Democrat of New York, Chuck Schumer weighed in with his two cents on the proposed deal and was highly critical of both President Trump and his administration, claiming that the tabled deal does nothing to protect America's national and economic security.

In a statement, Schumer said, "The proposed arrangement does nothing to protect American national or economic security - and is simply a diversion from the fact that we have lost. President Xi has played President Trump. This affair is a screaming violation of the US Constitution's emoluments clause, which flatly prohibits the acceptance of gifts and benefits from governments in the absence of congressional consent."

Treasury Secretary, Steven Mnuchin hit back when giving testimony before the Senate by declaring that the primary objective of the administration was to safeguard US interest and vehemently denied allegations that there was any quid pro quo.

The Treasury Secretary said, "The objective was not to put ZTE out of business. The objective was to make sure they abide by our sanctions programs.  I can assure you anything that they consider will take into account the very important national security issues and those will be addressed."

Despite the political ramifications this proposed deal may have in congress in Washington - there's no doubt that a number of countries globally are now breathing a huge sigh of relief that an all-out trade war which would undoubtedly spark an economic conflict between the United States and China appears to have been avoided.

US technology giants such as Apple who trade in both countries will welcome the resolution agreement, whilst many other leading US tech firms that trade with ZTE will welcome the news that the ban imposed on the Chinese telecommunications colossus will now be amended, with the company facing a fine instead.

The volatility of the Trump White House means you can never rest assured that the issue will not raise its head in the future - and again no deal has yet been rubberstamped although it does seem like it will just be a matter of time before it's officially confirmed.

Who won this trade battle is hard to determine but there seems to be no doubting that both countries benefit. However, with ZTE faced with the very real prospect of closure, the decision by the US to drop the sanctions it imposed would appear to some that China came out on top in this trade battle.