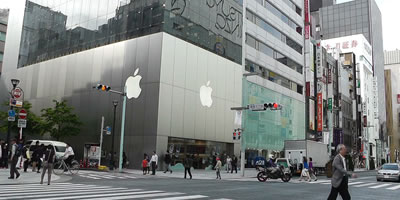 US smartphone behemoth Apple is the subject of an investigation in Japan amidst allegations that it engaged in anticompetitive behaviour.

Reports emerging from Tokyo claim that Apple exacted pressured towards Yahoo Japan to slow down the development of its online games platform, which is in direct completion with the App Store.

Following the interference from Apple, management at Yahoo Japan proceeded to inform the country’s Fair Trade Commission and the relevant government ministry about the interference and possible anticompetitive behaviour of the US technology firm which is based in Cupertino, California.

It has also been reported that Yahoo Japan generates some of its revenue through sales in the App Store. The company’s web-based Game Plus service - has been a big hit with consumers in the domestic Japanese gaming market. The platform enables games to be streamed without using apps that are launched in July 2017.

However, it later emerged that Yahoo Japan decided to slash its budget for the platform and almost ended all promotions for the service according to reports in one Japanese publication.

In addition to this, it was disclosed that Yahoo Japan informed some business partners it cut back on developing and promoting the platform because of pressure from Apple.

SoftBank Group, which holds a majority interest in Yahoo Japan, is tasked with mediating an agreement between the two companies. SoftBank’s mobile unit in Japan also earns revenue when its subscribers make purchases on the App Store.