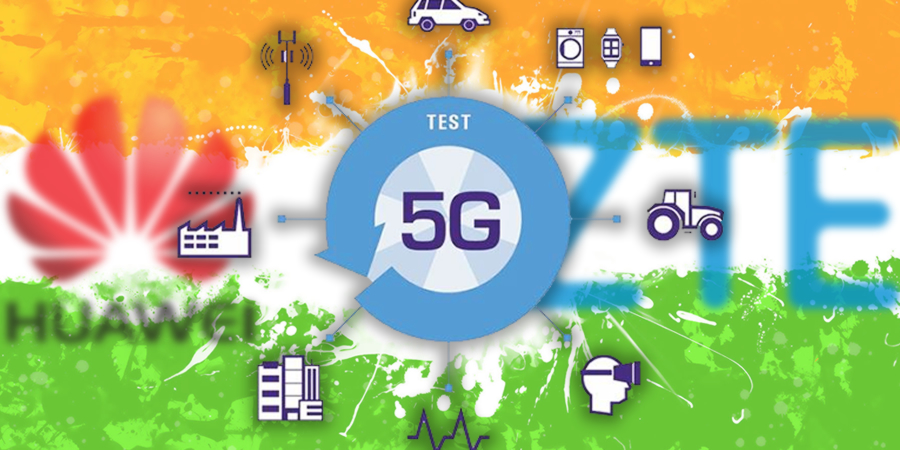 India’s Department of Telecommunications has formally announced that it is excluding Chinese vendors Huawei and ZTE from participating in its 5G technology-based trials.

India is appearing to follow the precedent set by the Australia government who banned both telecommunications firms from its 5G networks after months of deliberations and consultations with the country’s intelligence community.

Huawei and ZTE have been subject to fierce criticism in the US amidst claims that both are a threat to national security. ZTE was banned by the US Department of Commerce and was forced to cease its operations.

However, following an intervention by US President Donald Trump, the sanctions imposed on ZTE were lifted and the company was ordered to pay a fine of $1.2bn instead.

Australia’s said its decision to ban both Chinese vendors from its 5G plans was due to national security concerns, and other countries such as Japan and South Korea are poised to do likewise.

Local newspapers in India have quoted the country’s telecommunications secretary Aruna Sundararajan as saying the following, "We have written to Cisco, Samsung, Ericsson and Nokia, and telecom service providers to partner with us to start 5G technology-based trials, and have got a positive response from them."

Huawei has expressed its confidence that despite the decision by India’s telecommunications ministry to exclude them from its 5G trials that it will still play a role in the rollout of its 5G networks.

A Huawei spokesperson said, "We are in regular touch with DoT and concerned government officials. The Indian Government has always supported Huawei and has been appreciative of our path-breaking technologies and solutions.”