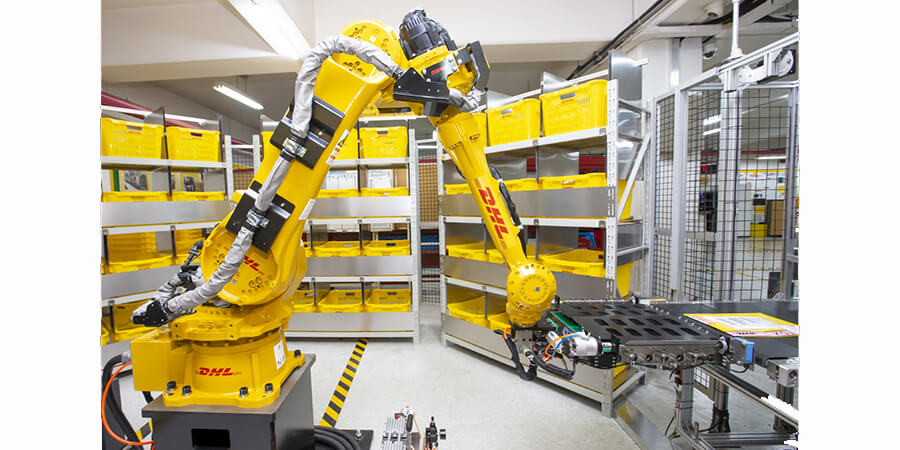 “Sorting parcels might seem like a straightforward process but it actually takes a lot of time, effort and precision to ensure that they get to their addressees without a hitch. These innovations, however minor they seem, will really boost our employees’ and operations’ productivity and efficiency,” said Ken Lee, CEO, DHL Express Asia Pacific. “The DHLBots are a demonstration of our innovative spirit as we continuously seek solutions to automate repetitive tasks and correspondingly, position us at the forefront of next-generation express logistics.”

DHL Express partnered with Dorabot, an AI-powered robotic solution provider, to implement the DHLBot. This follows a successful pilot that saw a significant boost in parcel sortation productivity and service quality. This is especially critical given the consistent growth in shipment volume witnessed across Asia Pacific. In 2020, DHL Express recorded a 17.3 percent year-on-year increase in shipment volume during the peak months of November and December. Capable of sorting over 1,000 small parcels per hour with 99 percent accuracy, the DHLBot reduces the probability of mis-sorting and thereby, removes the need for secondary sorting.

“Maintaining high customer satisfaction levels is an important measure of success to us. This smart sortation robot enables us to manage the increasing growth of shipment and parcel volume driven by the rise of cross-border e-commerce. It also translates to a safer work environment for our employees, as it lifts their efficiency during peak season when labor demand is high,” said Sean Wall, Executive Vice President, Network Operations & Aviation, DHL Express Asia Pacific.

State-of-the-art 3D and barcode cameras scan the airway bill on each package for its targeted destination as it travels through the conveyor belt. The AI-powered DHLBot, positioned at the end of the conveyor belt, then receives the package’s information and its destination and intelligently sorts it into respective delivery bins that sit on racks surrounding the robot, each representing an individual courier route. This entire process reduces the dependency on employees to manually read waybills and sort parcels, allowing them to have more time for route planning.

In line with Deutsche Post DHL Group’s Strategy 2025 goal of delivering excellence in a digital world, the implementation of the robotics arm solution is one of many digital transformation projects that the Group is investing in to improve customer and employee experience, as well as enhance operational excellence. Till 2025, the Group would spend around EUR 2 billion on initiatives to derive greater efficiency through automation and robotics as well as advanced data analytics.