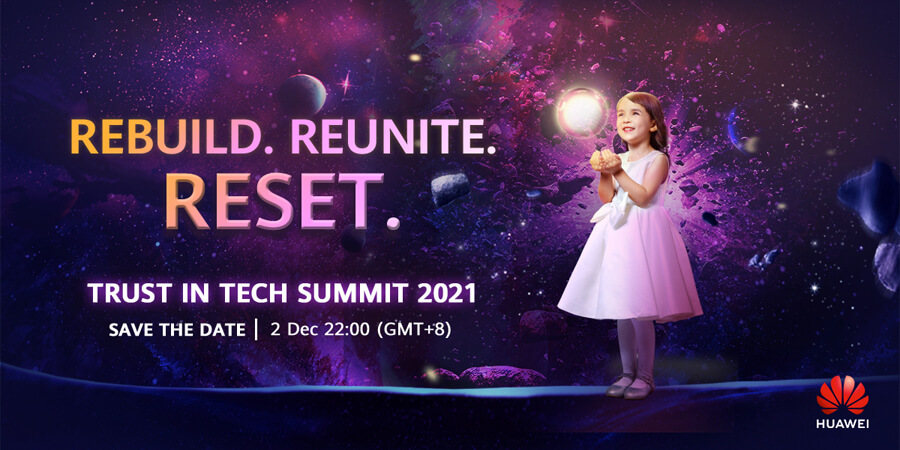 Huawei Trust In Tech Summit 2021 was held online on 2 December 2021, with the theme of "Global Collaboration for Shared Value."

Attendees discussed challenges we are facing in the global economy, environmental protection, livelihoods, technology innovation, and many other key areas, and called for concerted efforts from countries and industries to address these challenges.

Humanity has entered an era in which interests, fates, and futures are all closely intertwined. A whole-of-society approach is necessary to address the common threats and challenges facing the global community. Pascal Lamy pointed out that "We need to mitigate de-globalization, in order to avoid making this world a worse place."

Satvinder Singh, in his speech, spoke highly of the important role of the private sector like Huawei in advancing inclusive and sustainable economic recovery in ASEAN and beyond. He also shared ASEAN's development achievements and expressed willingness to cooperate across numerous areas, including economy and trade, transportation and materials, digital transformation, high-performance computing, and climate change.

Satvinder Singh called upon all sides to take action. "We should seize this opportunity to make our societal and economic recovery truly transformative by investing in solutions to the crisis that address social, environmental, and economic transitions needed by our society and the planet," said the Deputy Secretary-General of ASEAN for ASEAN Economic Community.

Seeking common ground while setting aside differences and building trust is the way forward. Industry digitalization, particularly regarding technological innovation in areas like green power, will present new opportunities to all sectors worldwide and make the world a better place. Today, fighting climate change is a mission that is shared worldwide, with many countries having announced low-carbon pledges.

William Nordhaus said that governments should increase investment in low-carbon technologies and research. Hou Jinlong remarked, "Over the next 30 to 40 years, we will continue to see intelligence and low carbon gain traction. Going intelligent requires digital technologies, while decreasing our carbon footprint requires power electronics technologies. As these trends progress, the global energy industry will change from resource-dependent to technology-driven."

As of September 30, 2021, Huawei Digital Power has helped customers generate 443.5 billion kWh of green power and save 13.6 billion kWh of electricity. This is equivalent to reducing carbon emissions by 210 million tons and planting 290 million trees.

Several guests warned that geopolitics should not stand in the way of technological cooperation and innovation. They also called for sectors and countries to avoid decoupling and overcome the zero-sum thinking. Neil Bush expressed his concerns about growing global decoupling, saying "Many are embracing a dangerous zero-sum mentality that defies common sense. China's success does not take away from ours, and vice versa." He added, "Particularly in the area of technology, when China and the United States collaborate, we can innovate in foundational and revolutionary ways."